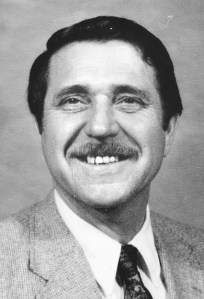 Jerry Bill Nicholson, 83, died April 6, 2020, in Richmond, Kentucky. He was born in London, Kentucky, on April 15, 1936. As an adult, he lived in Danville, Kentucky, and in Stanford, Kentucky, for many years before moving to Richmond.

Jerry was a US Army veteran and worked at National Cash Register (NCR) in Lexington, Kentucky, for 39 years. He will be remembered as a loving and supportive husband, father, and grandfather. He enjoyed hunting, fishing, bowling, planning family reunions, and visiting with family and friends. He was a talented musician who played many instruments and especially enjoyed playing Bluegrass music with anyone who would join him. He also loved spending time with his grandchildren.

A private graveside service was conducted by the Bowling Funeral Home and officiated by his great-nephew, Paul Edwin Stewart, on April 9, 2020, at the Warrens Grove Cemetery in London, Kentucky. The family hopes to celebrate the life of Jerry Nicholson with a larger event later this year after the restrictions on large gatherings are lifted.