A Vaccine for the World 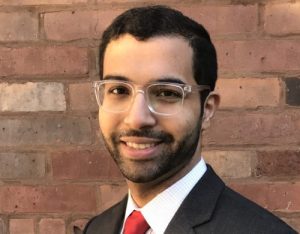 Scientists have spent months racing to develop treatments and vaccines for COVID-19. But we remain unprepared for one possibility: What happens if the scientists are successful?

A proven treatment or vaccine could transform our response, rousing us from this global nightmare. But, unless we act now, there will almost certainly not be enough supply.

Consider the vaccine being developed in part by the National Institutes of Health. The first testing in humans began last month. Even so, no major pharmaceutical company has agreed to mass produce the vaccine. Dr. Anthony Fauci, the director of the NIH’s National Institute of Allergy and Infectious Diseases, called the situation “very difficult and very frustrating.” According to Fauci, the amount of time needed to start scaling up vaccine production could be “as problematic” as the time to develop the vaccine itself.

Another effort, led by the U.S. Biomedical Advanced Research and Development Authority and Johnson & Johnson, raises a similar concern. Last week, a Johnson & Johnson executive said his company expects to supply between 5 million to 10 million doses early next year if the vaccine proves successful. By the end of 2021, the number could rise to 100 million to 300 million doses — enough for just 4 percent of the global population.

The reality is that a single pharmaceutical manufacturer has no incentive to operate at the scale we need. The science is risky, the investment required enormous. Yet ideally, once a treatment or vaccine is proven effective, it should be available to everyone as soon as possible.

How can we get there?

The first step should be to allow more producers. Governments lock up new medicines when they award companies patent monopolies. But a single company cannot supply the world fast enough. For a modest royalty, companies that have patents on a vaccine or treatment should allow any manufacturer to produce COVID-19 medicines.

Some drugmakers are moving in the right direction. For example, the pharmaceutical giant AbbVie announced it would not enforce patents on a possible treatment globally, after Israel broke its national monopoly and permitted generic suppliers. Others should follow suit. If some companies nonetheless cling to their monopolies, the government should step in to allow more producers. Patents have no place in a pandemic.

The second step should be to ramp up public production. Only the government has the resources needed to marshal the response. Public agencies have already funded most of the medical research and development. Now, we need massive investments to dramatically increase production for any COVID-19 vaccine or treatment that shows early promise. Upgrading the government’s manufacturing facilities would be a helpful start. So would using the Defense Production Act, a wartime law, to coordinate the private sector response.

What we need throughout is global cooperation. Nobody really knows where the best treatment or vaccine will come from. Many countries are researching new tools. Cooperation could open up access. Competition could block it.

President Trump so far has chosen competition. Last month, he tried unsuccessfully to buy an experimental vaccine from a German developer exclusively for the United States, sending shock waves throughout Europe. But there is a better path. The director-general of the World Health Organization recently called for a new global collaboration against COVID-19. The effort would allow countries and companies to share scientific knowledge, medicine monopolies and manufacturing know-how. Working together could help all of us.

The alternative is unconscionable. Without collective action, countries could be forced to compete against each other. During the 2009 H1N1 pandemic, developed countries bought out the vaccine supply, leaving developing countries scrambling. The COVID-19 response could be worse. The virus is more lethal, and the total supply could be even less. The head of Gavi, the Vaccine Alliance, has noted the real risk that the “vaccine ends up in the hands of just a few countries,” a situation he calls “a recipe for disaster.”

Freeing medicines from monopolies and ramping up production could help everyone prepare. We should work together to finish the race that scientists have started.