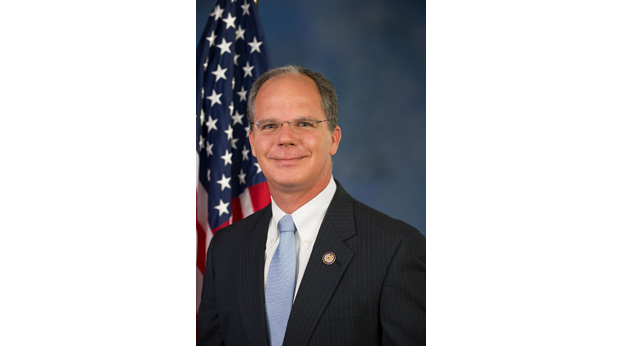 Kentucky’s 2nd District Representative Brett Guthrie spoke with the Advocate-Messenger on a phone call on Thursday afternoon, in which he said he was in Washington D.C. voting on legislation that he believes will benefit Danville and Boyle County.

Guthrie spoke extensively about the Paycheck Protection Program, a forgivable loan program passed through the United States Congress that small businesses can apply for through their banks. The funds that are applied for are primarily to be used for payroll expenses, although Guthrie said a smaller portion of the funds can be used for expenses such as rent.

Congress passed funding for the program earlier this month, but with more than a million applicants nationwide, the allocated funding quickly came and went. Guthrie said at that point, he knew that more needed to be done to assist small businesses that are staring down difficult times and uncertain futures in the face of the COVID-19 pandemic.

After some delay in D.C., Guthrie said the House of Representatives and the Senate got to work on crafting legislation that would provide an additional $310 billion along with another $60 billion that could be used for smaller banks and smaller businesses, as the original legislation was for businesses that had a maximum of 500 employees.

“The unemployment system has just been overwhelmed by the number of people,” Guthrie said, clarifying that it wasn’t necessarily anybody’s fault, but that the system simply was not set up to handle such a large influx of people in a short period of time, and stay-at-home orders have forced many businesses to close their doors as health experts try to “flatten the curve” so as to not overwhelm the healthcare system.

On Thursday afternoon, that bill passed through the U.S. House of Representatives and made its way to President Donald Trump.

“The coronavirus pandemic has wreaked havoc on our health care system and on our economy,” Guthrie said. “Over the last several weeks, Kentucky businesses have had to close their doors. We created the PPP to help businesses keep paying their employees – and it’s working. In Kentucky alone, nearly 24,000 loans worth $4.1 billion have been approved, and the PPP and Health Care Enhancement Act will ensure that more Second District businesses can access this program. While expanding funding for small businesses, this legislation also provides additional funding for hospitals and health care providers, as well as increased testing capabilities. I voted in favor of legislation today and look forward to seeing President Trump sign it into law soon to deliver relief to Kentuckians.”

On the topic of healthcare, Guthrie had high praise for Danville’s local hospital.

He stated that many rural hospitals have taken a hit financially during the pandemic, as elective surgeries were put on hold. Guthrie said the intentions behind such a move were good-natured, as health officials and leaders wanted to make sure that hospitals had the resources and space they needed to handle an influx of COVID-19 patients.

“Initially, there was concern that what we were seeing in New York could happen all over the country,” Guthrie said. “For a lot of rural hospitals, that hasn’t happened.”

Guthrie said there was funding allocated in the last bill that would provide some financial relief for hospitals. Additionally, more funding from the Department for Health and Human Services was allocated for hospitals.

As of Friday afternoon, exact amounts that would be allocated to individual hospitals were still being determined.

Guthrie also spoke about additional funding in this latest bill that would provide more funding for COVID-19 testing. The White House and the Kentucky Governor’s Office have spoken extensively about the need for more testing in order to begin the reopening of the economy. Guthrie said there absolutely is a need for more testing and Congress is allocating $25 billion to increase testing capacity across the country.

“We must have adequate testing to get us back up and moving again,” Guthrie said.

He said he is staying connected with constituents in Danville and Boyle County, and has been participating in calls with local officials, including President/CEO of Develop Danville Jody Lassiter, and Boyle County Judge Executive Howard Hunt.

He said that when it is safe to do so, he plans to visit Boyle County to make up for speaking engagements and other plans that had to be cancelled due to the pandemic.

Man arrested after crashing his truck into a residence