Bowden could be biggest surprise in this year’s NFL draft 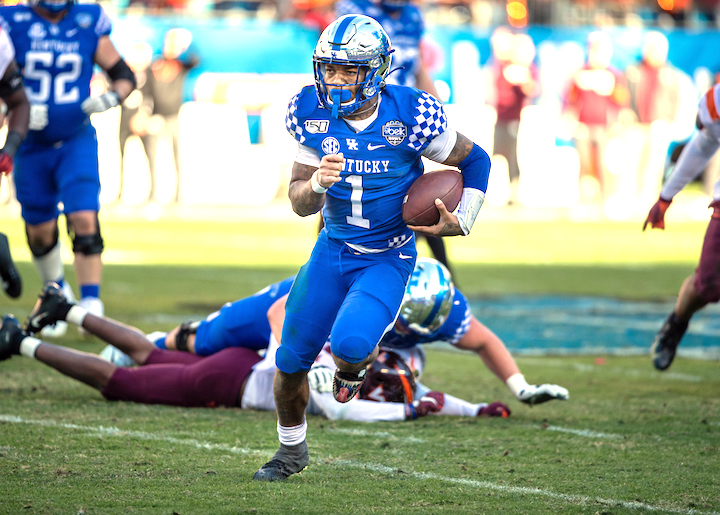 Even though the Los Angeles Raiders indicated they planned to use recent third-round draft pick Lynn Bowden at running back initially, NFL Network analyst Steve Smith Sr. says Bowden will have the biggest impact of any receiver in what most consider  the best wide receiver class in years.
“What I really love about him, when he was drafted, it said running back. He played quarterback, he played wide receiver, he played running back, plays punt return, Mr. Everything,” Smith said on NFL Total Access.
Smith should know. He played 16 years with the Carolina Panthers and Baltimore Ravens and was a five-time pro bowler, two-time First Team All-Pro, and NFL Comeback Player of the Year after leading the league in receptions, receiving yards and receiving touchdowns in 2005.
Smith  compares Bowden to a former Indiana quarterback who had a terrific NFL career.
”He reminds me of a guy that was drafted by the Pittsburgh Steelers and threw a touchdown pass to Hines Ward in the Super Bowl in 2005, which is Antwaan Randle El,” Smith said. “I love Lynn Bowden Jr. because he’s going to do everything, and you know Jon Gruden is going to get in his plays and design a lot of creative things for this young man.”
After catching 30 passes for 348 yards and five scores in UK’s first five games in 2019, Bowden moved to quarterback and led the nation in yards per carry (7.9). He also led the SEC in rushing yards (1,468) and had 13 touchdowns.
Only former Auburn quarterback Cam Newton, a Heisman Trophy winner, had more rushing yards at quarterback in a SEC season than Bowden. The UK star also broke the SEC single-game record for rushing yards by a quarterback in the regular season finale against Louisville with 284 yards and four touchdowns. He ran for 233 yards — the most-ever by a quarterback in a bowl game — against Virginia Tech in the Belk Bowl.
Kentucky coach Mark Stoops likes the idea of Bowden playing for Gruden’s Raiders.
“I think the fan base will be energized by him, and I think he will feed off that. I know Coach (Gruden), and I think the way he can relate to Lynn and get things out of him, and continue to help Lynn grow, I think that’s really important. I think it’s a really good fit, and hopefully things will work out for both sides,” Stoops said.