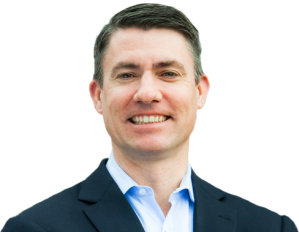 Andrew Housser is the founder and co-CEO of Freedom Financial Network.

Americans across the country are hurting. They have seen friends, neighbors and family members wade through financial hardship or had to face it themselves. They have seen shrinking paychecks, factory closures and boarded-up businesses. The latest data show that millions more are applying for unemployment, while companies struggle.

The Freedom Financial Network was founded in 2002 when credit card delinquencies were at historically high levels and my co-founder and I were struck by a glaring problem — consumers are provided with nearly endless opportunities to get themselves into debt, but precious few options for managing and getting out of debt. To date, Freedom has assisted 750,000 Americans in the throes of financial hardship resolve more than $10 billion in unsecured debt.

In the 17 years since, a new, pervasive problem has trapped millions of American families in debt and currently there is no way out for many people.

Today, nearly 44 million Americans are saddled with more than $1.6 trillion of student debt, and the problem is getting worse. According to data released by the Federal Reserve Bank of St. Louis, outstanding student debt jumped by an astonishing 107 percent in the last decade alone.

In the midst of this tenuous time, President Trump’s decision to indefinitely waive interest on student loans, New York governor Andrew Cuomo’s announcement to halt temporarily the collection of student loan debt owed to the state, and the CARES Act pressing pause on federal student loan payments for six months have gifted an important temporary stay in many consumers’ financial situation, but, like a Band-Aid on a deep wound, the underlying student loan crisis remains astonishingly unresolved.

At Freedom, a team of researchers tracked student debt trends to better identify where clients are struggling. What we found was shocking — 29 percent of clients enrolled in debt restructuring programs have student debt, carrying an average balance of $43,000, compared to the national average of $36,000.

Research showed that the crippling debt cycle prompted by student loans is causing consumers to delay other bills, take on more credit card debt, and put off saving, buying a house, and making other investments as they struggle to service their ever-growing student debt burdens.

Unfortunately, there are few options available to help Americans facing financial hardship due to their student debts. The overwhelming majority — 92 percent — of student loans originate with the federal government. Unlike almost every other kind of unsecured debt, these loans are (with very few exceptions) not dischargeable during bankruptcy. While forgiveness is an option afforded by the government to those Americans most at risk of financial disaster, a borrower is required to make on-time, income-based repayments on their student loan debt for an incredible 20 years in order to qualify.

It is clear that something must change, for the sake of our communities and our economy.

For too many, no matter how hard they work or how committed they are to taking the reins of their financial lives, there is no way out of the burden of student loans that prevents them from critical life milestones such as owning a home, starting a business or retiring.

Student debt has reached a crisis level in this country. And while COVID-19 has caused our leaders to take temporary action, nothing is fundamentally changing and families across the country will continue to suffer, long after this virus has been eradicated.

This situation demands leadership, and too few are rising to the challenge. For our part, we are committing to pay down the student debt for those of our clients who need it the most by establishing a new student loan repayment program.

The student debt problem is so massive that no one company or policymaker can fix it, but we hope that this small action on our part inspires other companies to do the same.

Andrew Housser is the founder and co-CEO of Freedom Financial Network. He wrote this for InsideSources.com.

Should the U.S. pay citizens to vote?