Lyons stepping back from role at Centre College 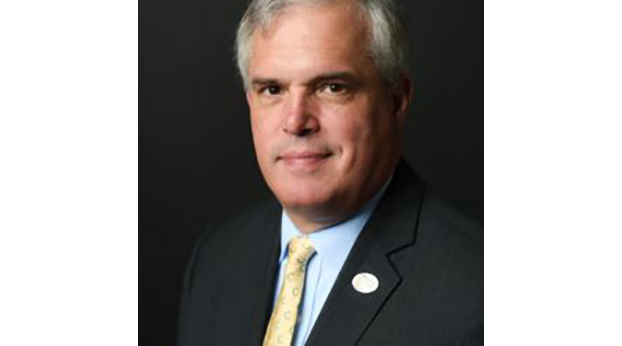 Shawn Lyons has been around Centre College for quite some time, but he said it is time for him to step back from his role as vice president for development and alumni engagement.

“I’m not retiring, but it was the right time for me after so long at Centre to go ahead and make this move now,” Lyons said, noting that he isn’t certain what his next career step will be, but he’s evaluating some options.

Lyons knows the college well. He first stepped on campus in 1977 as a freshman, and after graduating in 1981, immediately began working at Centre as an admissions counselor. Lyons wore many hats though. He was also an adviser for the fraternity system on campus on a part-time basis and was also a volunteer football coach for Joe McDaniel.

Eventually, Lyons moved into the fundraising side of the college in the alumni affairs office, serving in multiple roles over the course of about nine years.

Lyons left Centre in 1990 to work as the chief development officer at Washington College in Maryland and the Prichard Committee for Academic Excellence. It wasn’t very long before Lyons found his way back to Danville, coming back to take the role of president for the Ephraim McDowell Health Care Foundation.

In the fall of 2001, Lyons returned to Centre as the college began to embark on a new capital campaign.

“They asked me to come back and help with that, so I’ve been here since then,” Lyons said.

He has since been working with fundraising and alumni engagement, a job he has loved.

“I tell my friends that my job description is basically to travel around the country to meet people who also love the college and figure out ways that they can be financially supportive of what we are trying to do through their gifts,” he said. “It’s a pretty great job description. It’s been a lot of fun and I have met a ton of terrific people. It’s been the best part of the job.”

Lyons said the supporters of Centre College he has met during his tenure have made an incredible difference for the college.

“The people I’ve worked with that have wanted to support the college and support our students have been great,” Lyons said. “I’ve enjoyed working with them to help them do what they want to do through their gifts, whether it was through endowed scholarship funds, build buildings, or start new programs. I’ve been really fortunate to be involved with that and see things happen that really made a difference to the college.”

Lyons said that while the college has grown and evolved during his tenure there, the core values and principles have remained the same.

“The fundamental basics of what makes Centre what it is hasn’t changed,” Lyons said. “That’s constant.”

During that time though, Centre’s enrollment has skyrocketed, nearly doubling from the time since Lyons was a student, and the campus itself has grown significantly with multiple new buildings and older buildings having undergone notable renovations.

Lyons also said that the diversity, creativity, and intelligence of the student body at Centre makes the college a special place.

“The student body is so much more diverse now than it was when I was in school. We’ve always had students that were economically disadvantaged. That’s one thing about Centre that I think surprises people. It has always been very accessible to capable students, regardless of a family’s financial circumstances, but that was our main diversity point back in the 70s and 80s. Now, in all ways the student body is more diverse than it ever has been, and that’s a really good thing.”

Lyons said he plans on remaining in the area and being involved in the community while he figures out where his career will lead him next. Whatever the plan is though, Lyons said Centre continues to remain a special place.

“It’s been a great place,” he said. “I love Centre. I just love what the college does and I’m a huge believer in the liberal arts and the small residential experience. It’s been a great job.”