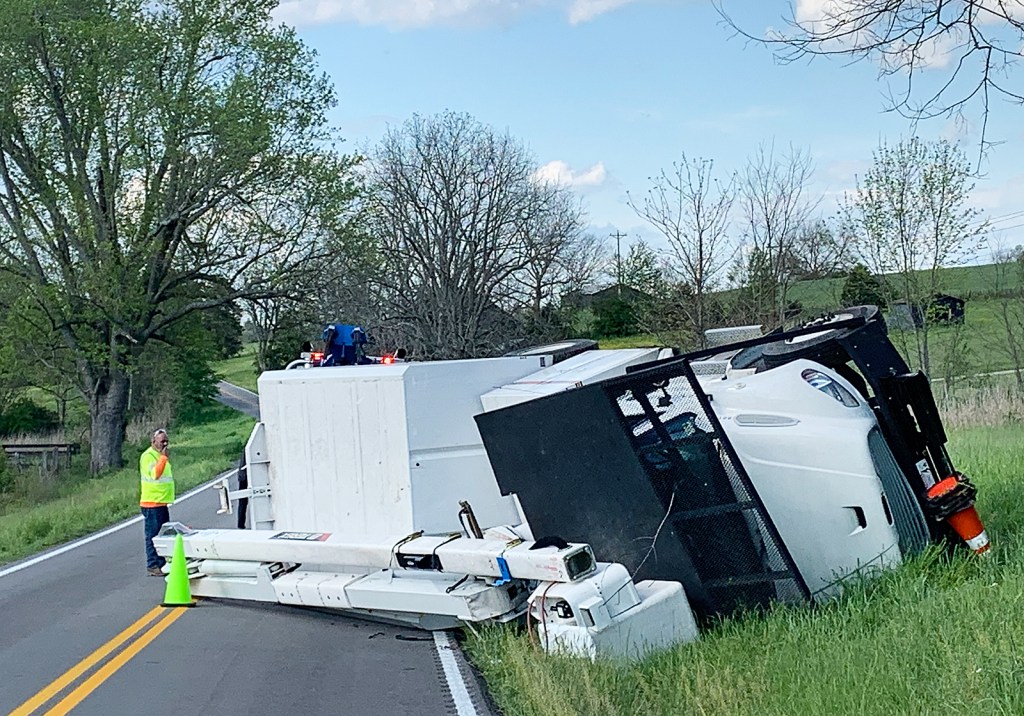 U.S. 68 between Perryville and Harrodsburg was shut down for about three hours Thursday due to an overturned Asplundh truck and wood chipper, which caused traffic to be detoured.

Emergency Management Director Mike Wilder said the accident happened about 4:30 p.m. as the driver of the large commercial tree trimming truck was traveling south out of Perryville. Wilder said the driver told officials he was run off the road by another driver which caused the truck to flip over.

A wrecker service from Lawrenceburg that has heavy duty equipment to get the truck upright was called to the scene, Wilder said. Boyle County Sheriff’s deputies also assisted at the wreck site.

The driver of the truck wasn’t injured, Wilder said. But it was “a big problem” to get the large truck and wood chipper back up and out of the way.

Working from home: The struggle is real in the…