10-year-old on ventilator due to syndrome related to coronavirus 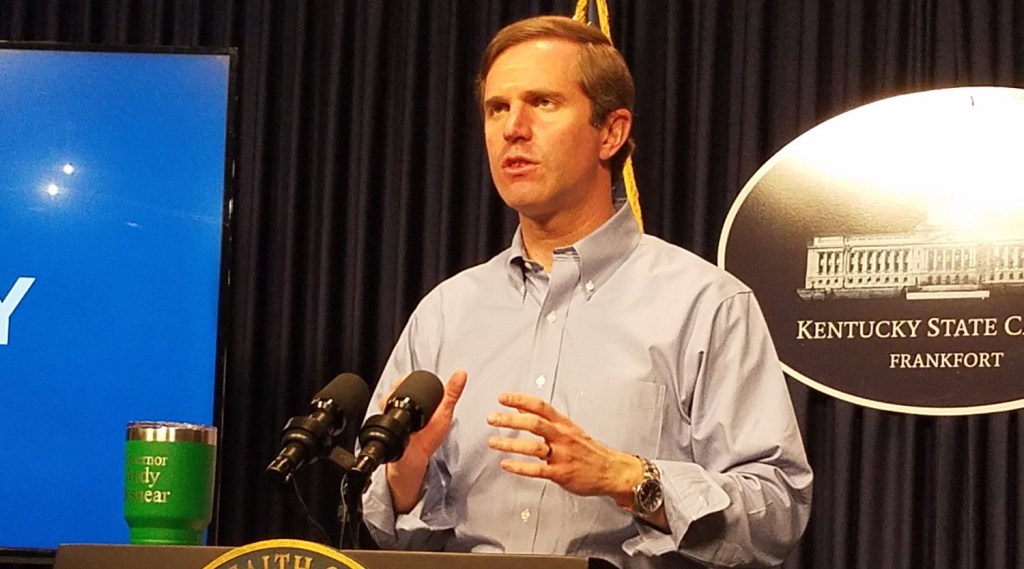 FRANKFORT, Ky. (KT) – A 10-year-old has become the first Kentucky child to have to go on a ventilator due to an immune system overstressed by the coronavirus.

“We’ve started seeing at least a couple of COVID-19 related issues around the country,” Gov. Andy Beshear said during his daily press briefing on Monday.  “Anytime someone is on a ventilator, it’s tough.  Having a 10-year-old is tough to me, as the dad of a 10-year-old.”

State Public Health Commissioner Dr. Steven Stack said this new syndrome has been cropping up in a small number of children and teenagers.  “Their immune system apparently becomes overactive, and they have an extensive inflammatory response in their body.  Some of them can have a respiratory problem, others have a gastro-intestinal problem.”

He said the syndrome is serious. ”The young patient who we have in Kentucky is critically ill at this time.”

Stack says there is not much you can to prevent this, other than to take all the steps they have spoken about since the pandemic began, “Which is stay healthy at home, minimize social contacts, have increased social distancing, wear a mask when you’re out in public.”

He added, “There is just a lot we don’t know about it yet, unfortunately.”

Gov. Beshear did not hold a briefing on Sunday, due to it being Mothers’ Day, so he released two days’ worth of case information.

Sunday saw 141 new cases of the coronavirus and three deaths, two in Jefferson County and one in Allen County.  The Monday numbers were 105 new cases and four more deaths, one each in Bullitt, Henderson, Hopkins and Jefferson counties.

Beshear noted both days saw the number of cases below what they have been seeing, since many labs do not report cases over the weekend.  “But Tuesday and Wednesday, cases will catch back up.  We’ve seen the biggest days on Tuesdays, but they spread out over several days, based on when labs are open or closed.”

The totals since the pandemic reached Kentucky during the first week of March are 6,677 positive cases and 311 deaths.  The U.S. death toll has now reached 80,000.

The positive cases are the result of more than 104,000 tests, a number Beshear says is below what it should be.  “We still have a couple of major labs that run a lot of tests that haven’t reported in a number of days.  They report their positives but not their total number of tests.”

He also announced greatly expanded testing this week.  “We’ve gone from battling every day to get swabs and starting out with just our state lab, to having 50-plus testing locations.  If we’re going to be successful in doing Healthy at Work, we have to test over two percent of our population every month.  We now have enough to test four to five percent of our population.”

To find a location and make a reservation for testing, as well as other Kentucky-specific information on the pandemic, go to kycovid19.ky.gov.