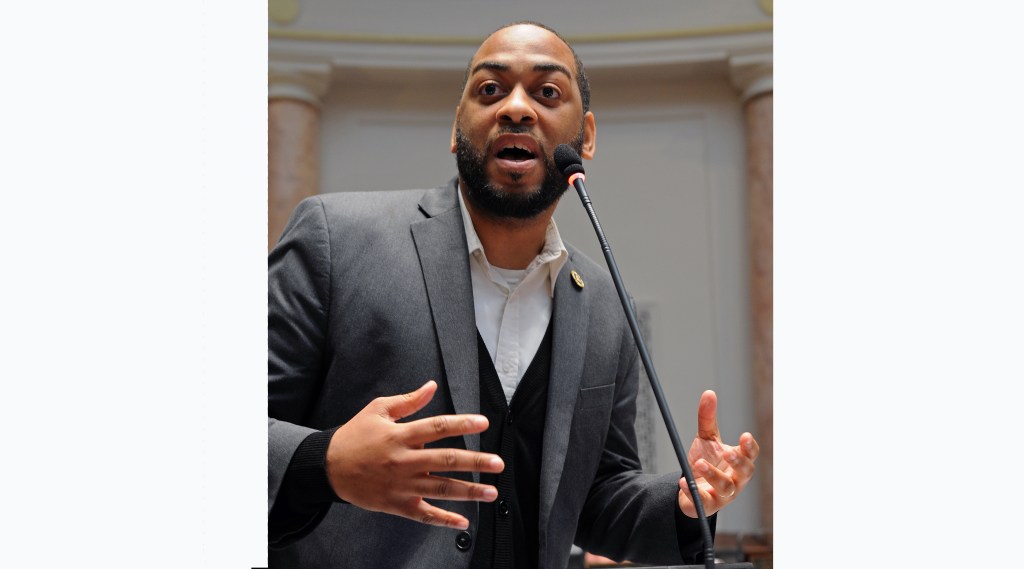 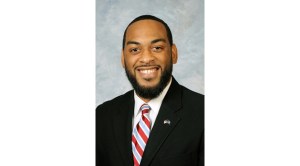 Charles Booker has come a long way, from growing up in an economically disadvantaged neighborhood in the west end of Louisville, to running in the Democratic primary to challenge long-time Republican Kentucky senator, Mitch McConnell.

Booker currently serves in the Kentucky House of Representatives, representing the 43rd District comprising an area of Louisville that contains the west end of the city, one of the most economically disadvantaged areas of the state, as well as another part of Louisville that is the polar opposite economically.

“It’s a very diverse swath of the community,” Booker said in an interview with The Advocate-Messenger. “I live in what has been the poorest zip code in the state for years, but I also represent parts that include some of the wealthiest.”

Booker said getting into politics was a matter of survival. Both his parents dropped out of high school. His mom dropped out to help take care of her large family and his dad dropped out to join the military.

“He wanted to fight for our country and wanted to take care of his family,” Booker said.

Booker said he saw struggles in his family and in his community due to poverty. He recalls stories of his mom going without food to make sure he could eat and working multiple jobs just to make ends meet.

“That really lit a fire in me to want to do something about it,” Booker said.

Booker, who was recently endorsed locally by Indivisible Danville, went on to attend law school at the University of Louisville and worked in multiple levels of government locally before making a bid for the Kentucky House of Representatives. Booker worked in the Louisville mayor’s office and for the Legislative Research Commission for a period of time, even spending time as a director for the Kentucky Department of Fish and Wildlife.

Booker had aspirations of becoming a legislator though, so he decided to run for office.

“I wanted to be in the space where laws are made,” Booker said. “And I went into political office because I believe we need regular people in the room. We need folks that can talk about structural inequity, racism, declining industries, lack of access to healthcare, and not play politics.”

One of Booker’s driving forces today is healthcare affordability and accessibility. Booker is a Type 1 diabetic, and the cost for his insulin would sometimes be more than $1,000 per month. He said he rationed his insulin sometimes due to the high cost, even though it was a medical necessity.

It nearly killed him in 2018 when he suffered diabetic ketoacidosis, a condition that occurs when there isn’t enough insulin in the body.

That led him to be a leader in bipartisan legislation with Rep. Danny Bentley, who represents Greenup County and part of Boyd County, to fight for emergency prescription refills for diabetics who run out of insulin. Booker said that it’s proof that when you tell your story and listen to one another, coalitions can be built, something he wants to see more of.

Booker said similarities can be drawn between the area he grew up in the west end of Louisville and rural communities across the state. Many people view these communities as being the total opposite of one another, but Booker said they share a lot of the same problems.

“So many communities feel ignored,” Booker said. “I feel that in eastern Kentucky, all the way in the Purchase, and I feel it in communities like mine where nobody talks to us. The politicians play their political game, and it’s all about big money and we’re never in the room. I wanted to change that.”

While healthcare affordability and accessibility is key, Booker said the foundation of his campaign is generational poverty.

“I believe we can make sure that families across Kentucky don’t have to make a decision between keeping the lights on, paying for their prescriptions, or putting food on the table,” Booker said. “We can do that.”

Another driving force for Booker? His two daughters. One is a sixth grader and the other is in preschool. Booker says he wants to create a better Kentucky for them.

Booker said his wife probably thinks he’s crazy for trying to defeat McConnell, who has been Kentucky’s senator for more than 30 years, but he leans on wise words from his late grandfather as he continues working toward his goal.

“One thing I learned from him is that when somebody is being mistreated or done wrong, you don’t run away from it,” he said. “You stand up and you fight back. While I’m in Frankfort, the one thing I continue to see is how much Mitch McConnell controls what does and doesn’t happen at the state level and how much progress he blocks at the state level, let alone the federal level. I saw the progress being made, teachers and public employees organizing, miners standing on the tracks, small farmers speaking up, but Mitch McConnell was blocking everything and I felt like we needed to ignite the movement so we can finally beat him and get on to the work of winning our future.”

Booker said his campaign is about finding common bonds and working together for the betterment of all Kentuckians, something he believes McConnell isn’t doing.

“Whenever you sit down and talk to folks, you always see how much you have in common,” Booker said. “I think if we can realize our common bonds and that we’re all fighting against poverty and against Mitch McConnell, who is screwing everybody, we can build a movement to actually beat him.”

Booker sees the race as bigger than McConnell though.

“This is about us, seeing that we deserve more,” Booker said. “And we keep having these campaigns where big money is thrown in and nobody talks about our issues, nobody listens to the folks in Danville or the west end of Louisville. We keep getting the same thing over and over again.”

He said the west end of Louisville where he grew up shares a lot in common with other rural communities that are struggling economically and the people in these communities work hard but want to see something different in government.

“I could show you pictures of my neighborhood, and you would swear it was Appalachia,” Booker said. “So many people don’t know it because nobody sees us and when you go across Kentucky and you talk to folks in the mountains and in other rural parts of the state, so many people feel unheard and invisible. We’re fighting the same fight. I’m trying to shine a light on this truth. None of us are looking for handouts. We’re working multiple jobs, from before the sun comes up and after the sun goes down. Both my parents are ministers. We believe that faith can move mountains and we’re just looking for a government that gives a damn about us.”

10-year-old on ventilator due to syndrome related to coronavirus