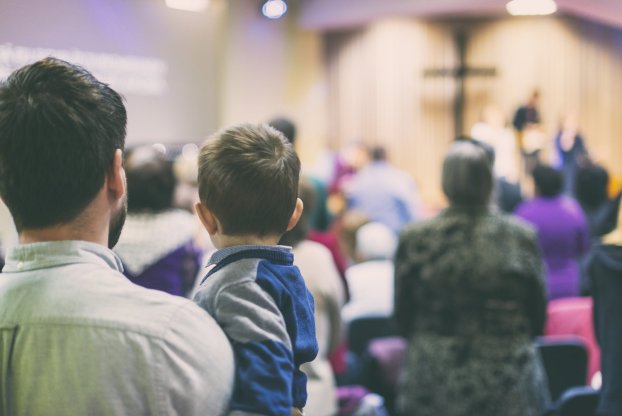 The church had been conducting services on Facebook and by drive-in services, but maintained in their arguments, “Tabernacle has a sincerely-held religious belief that online services and drive-in services do not meet the Lord’s requirement that the church meet together in person for corporate worship.”

In his 13-page ruling, Van Tatenhove stated, “They want to freely exercise their deeply held religious belief about what it means to be a faithful Christian. For them, it is ‘essential’ that they do so.  And they want to invoke the Constitution’s protection on this point. But the governor, by executive order, has put a stop to that.

“He can do that, but he must have a compelling reason for using his authority to limit a citizen’s right to freely exercise something we value greatly—the right of every American to follow their conscience on matters related to religion … Despite an honest motive, it does not appear at this preliminary stage that reason exists.”

Van Tatenhove scheduled a teleconference on Monday for in-depth consideration of the constitutional issues involved.

Meanwhile, at U.S. District Court in Louisville, Judge David Hale had initially denied a similar temporary restraining order in a lawsuit filed by Maryville Baptist Church in Bullitt County. The church appealed to the U. S. Sixth Circuit Court of Appeals in Cincinnati, who granted in part an injunction pending appeal.

Hale wrote Friday evening, “The Court finds that Plaintiffs have a substantial likelihood of success on the merits of their constitutional claims. The Court will, therefore, grant the remainder of Plaintiffs’ motion for injunction pending appeal.”

In reaction to the ruling, Attorney General David Cameron issued a statement in which he said:

“Freedom of religion, enshrined in the founding documents of our nation and our Commonwealth, has been affirmed many times over by our judiciary and was once again upheld tonight. The rulings should serve as a reminder that the pillars of our nation stand strong even in the midst of a crisis and are not to be ignored, cast aside, or downplayed, regardless of the circumstances.

“I encourage all houses of worship to prayerfully and carefully consider when it is the right time to resume in-person services consistent with health guidelines. Although these rulings protect the religious liberty of Kentuckians, we must continue to do our part to protect the health of our fellow citizens by reopening carefully.”

Gov. Beshear’s office has not yet responded to a request for comment.

When you operate a business, you give your customers what they want. Robin Strey is manager of Danville Cinemas 8.... read more