Big disparity in how U.S. and UK get groceries to the elderly 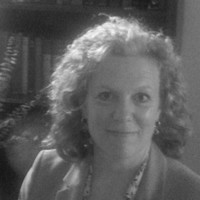 Catherine Baker-Wingfield, a former Department of Justice prosecutor, is a principal at EMR Content + Communications, a public affairs company.

True isolation lasts only as long as a carton of milk or a bunch of carrots. Once perishables run low, it means a trip to the grocery store. For the young, that results in the inconvenience of face masks and social distancing. For the elderly, grocery shopping invites a world of risk and even death.

The emerging statistics thus far from the current pandemic underscore the dangers awaiting America’s elderly as they weigh whether to venture from their isolation for essentials. Of those over 65 who contract COVID-19, eight out of 10 will die, according to the Centers for Disease Control and Prevention, with similarly high numbers for hospitalizations and time in intensive care.

The act of foraging for groceries amid the pandemic is purpose-built for putting the elderly into harm’s way. Elderly people, many of whom are infirm, may face long waits on their feet as stores enforce reduced in-store numbers. They may struggle with policies that discourage backtracking through aisles for forgotten items. They may find empty shelves that force them to travel elsewhere for essential items.

Those who drive at advanced ages risk the prospect of an accident that could land them in a doctor’s office or hospital, places considered high risks for infection.

The obvious answer is good old-fashioned grocery delivery. But these services are overwhelmed by demand, with no prioritization for the elderly, creating the perverse incentive to push the elderly out of their houses and out onto the roads and into the grocery aisles.

Take southern New Hampshire, a place my mother-in-law has called home for decades. When the state went into lockdown, she soon found that online grocery deliveries were unavailable into the foreseeable future. If a spot opened, it was gone within seconds. Over a six-week period, she has secured just two deliveries from a grocery store. Although some stores have early hours set aside for the vulnerable, she heeds the CDC’s advice and is concerned about infection while lacking the stamina to stand in long lines. If there is a charity or organizations offering to deliver to elderly, it has not turn up in a careful online search. New Hampshire’s motto may be “live free or die” but in these COVID times, it translates to “every man for himself.”

In rural settings, which often lack grocery delivery and have few grocery stores, the problem of getting essentials to the elderly is even more pronounced. As CNN Business reports, local law enforcement officers are performing this vital service in rural regions of Kansas, Nebraska, Tennessee, Louisiana, Michigan, Missouri, Ohio, New Jersey, Virginia and other states.

It does not have to be this way. My elderly mother lives in Cambridge, England. By the end of March, the government was working with the food industry, local governments and voluntary groups, to ensure that food and other essential items would get to the elderly, disabled and other vulnerable people identified by the National Health Service.

With the help of military planners, the various agencies and companies set up the infrastructure for delivering groceries to people wherever they reside — rural, city and everywhere in between. For those unable to pay, the food and essentials boxes are provided at no cost.

For those, such as my mother, who can pay, large grocery chains have honored the NHS list with guaranteed delivery priority. Within a day of the government announcement, she was contacted by her local Sainsburys, the second largest grocery chain in the UK, offering her a weekly priority delivery slot. At the same time, her local pharmacy began delivering her medications.

There is no doubt that in some American communities, leaders, charities and individual organizers are rallying to help the elderly. But these are largely local efforts. Help for the elderly in this country is a patchwork, not a system, and there is no telling how many people are being left to fend for themselves.

Surely every state in the nation can follow the UK’s example in partnering with food wholesalers and large grocers to ensure the elderly are receiving enough fresh food in these difficult times — or at least priority for weekly deliveries. As we ask our elderly to sit tight during the gradual re-opening of the economy, their ability to safely self-isolate will become even more crucial.

Catherine Baker-Wingfield, a former Department of Justice prosecutor, is a principal at EMR Content + Communications, a public affairs company.