“Boogie” Watson could be next big thing for UK football 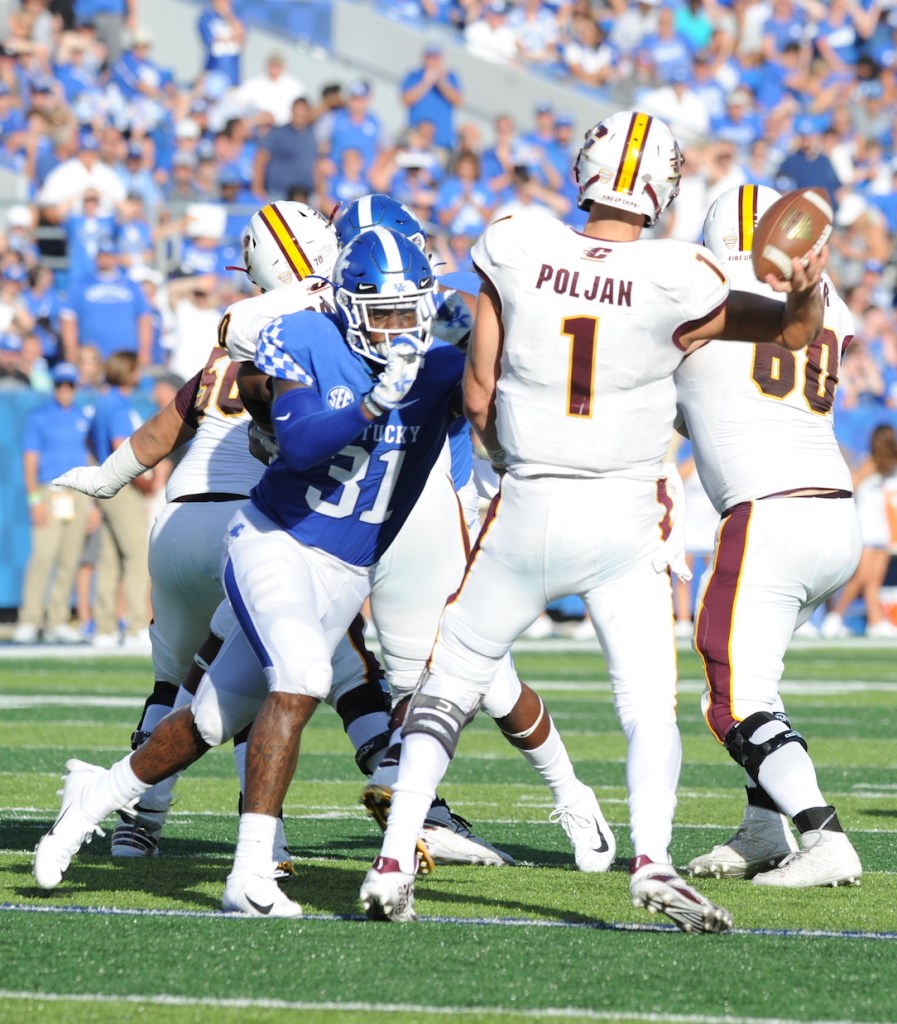 He was not quite the unknown Josh Allen was when he came to Kentucky or totally ignored by Division I football coaches like Calvin Taylor was in high school but senior linebacker Jamar “Boogie” Watson was not expected to be the player he has been — or could become next season.

He was a three-star recruit out of Maryland who did not play football until his junior year of high school when he had 74 tackles and a 75-yard touchdown return for a score. He was also a standout basketball player who earned several Division I scholarship offers.

Watson had a huge junior year for Kentucky. He started 11 games and had 36 tackles, including a team-high 11.5 tackles for loss and a team-high seven quarterback hurries. He also had 6.5 quarterback sacks (tired for sixth in the SEC), forced a fumble and recovered a fumble.

Just how good could Watson be as a senior? Kentucky coach Mark Stoops said it was “definitely a possibility” that Watson could have a Josh Allen type of season. In case you forgot, Allen was the consensus national defensive player of the year in 2018 when UK won the Citrus Bowl. He became a first round pick of Jacksonville.

“There’s a guy I have full confidence in. During this time he’s doing everything he can to make sure he’s ready to play. I do expect big things out of Boogie.”