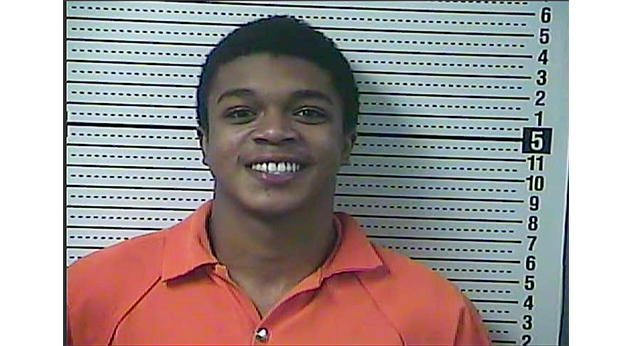 A Tuesday afternoon incident has landed a local man in jail.

Danville Police responded to an incident Tuesday at around 4 p.m. in the area of 106 Waveland Avenue for reports of a fight between several people in the street. As officers were en route to the scene, they were advised of a gunshot being fired in the area, and someone fleeing the scene in a white Suzuki SUV.

The vehicle was quickly located and stopped on Hustonville Road near Baughman Avenue. All occupants of the vehicle were detained. At the same time, more officers arrived on Waveland Avenue and detained several other people. Statements from witnesses, along with further investigation by officers, led them to discover that Tyrus McPherson, 19, of Danville, was involved in the altercation. He allegedly pulled out a gun and fired one shot, however there were no injuries from that shot. Several other people involved in the altercation received minor injuries from the original fight, according to police. The gun and bullet casing were removed from the scene, and McPherson was arrested. He was charged with wanton endangerment, 1st degree, and tampering with physical evidence. He is currently lodged in the Boyle County Detention Center.

By TOM LATEK Kentucky Today FRANKFORT, Ky. (KT) – A second Kentucky youth has been hospitalized due to an inflammatory... read more