Boyle adjusting recycling budget due to city’s cut in funding 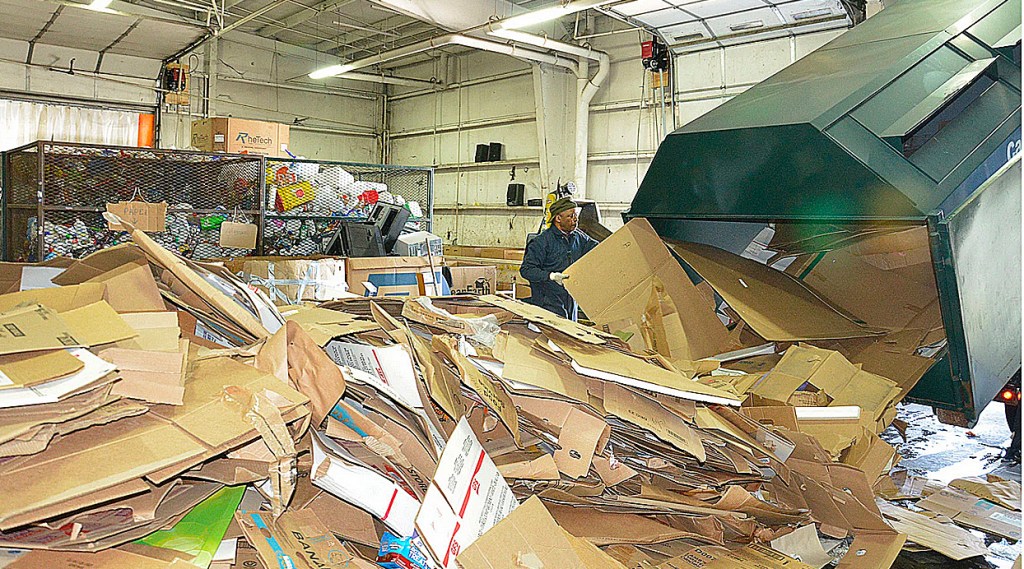 Boyle County’s solid waste and recycling departments will have to start concentrating more on keeping the county litter-free than on helping the city with it’s litter and recycling issues due to Danville’s decision to stop funding the recycling program.

According to the recycling department’s budget workshop notes shared during the fiscal court’s 2020-2021 budget meeting on Tuesday, “The city of Danville has informed the county that they will no longer reimburse the coordinator’s salary and benefits, brush disposal, recycling and recycle education as they have been doing since the mid ’90s as the recycling program has always been considered a cooperative program with corporations, businesses, city schools, Centre College and downtown events.”

Director of Solid Waste Angie Muncy told magistrates, that her department also receives a litter abatement payment from the federal government every year for about $30,500.

“I have the ability to give the city their money, and seeing they no longer need my assistance, I am going to give them their part of the abatement come Jan. 1. … Therefore they can do their own litter in the city limits of Danville…”

Muncy said her department would no longer clean litter off of streets and highways within the city limits, including Hustonville Road and the bypass, which was done three times a year for the past several years.

“They will have their own abatement, they can do their own reporting to the state. If I’m not getting funded then I will just let them do their own litter control also.”

Muncy also suggested to the magistrates that since Danville didn’t want to contribute to brush disposal anymore, “It’s something you all might need to look at — how we’re going to accept it,” from city residents.

Muncy replied, “I absolutely agree with you. … The city people also need to realize they need to help our case, too.”

For example, the two biggest events in town are the Great American Brass Band and the Kentucky State Barbecue festivals.

“My men are the ones that get up at 4 a.m. to clean those streets up. … I’m using my men to clean up the streets and now it’s not funded.”

Plus, she said her department sets up the trash cans and empties them. “They use our budget for the men to clean it up. It’s just not going to happen.”

County Treasurer Mary Conley explained that about 12 years ago, when the recycling department received the litter abatement funds, “We just decided because they (city of Danville) supported the solid waste coordinator and some of these efforts … because we had the staff, to go ahead and do that, and they appreciated us doing that for them.” She also said, “There’s money available for the cities to do this themselves.”

Another instance when Muncy helped the city with recycling education was when she worked with Danville High School with the Pepsi Cola Challenge to recycle their plastics, she said. The school placed 20th in the nation and will receive $1,500 for its efforts. They also earned points to get recycling bins and containers for the school, she added.

“I just hope the person who does the litter abatement programs for the city of Danville will continue because, you know, if they’re not going to pay me, I’m going to spend my time in the Boyle County (school) system more. I’m just going to have to concentrate on the county.”

Muncy also said she had used the city reimbursement in the past to place recycling containers throughout the town.

“If they’re not going to fund me to help us, then I can’t take and justify spending all my recycling containers,” in the city.

She added, however, she really didn’t “have a problem” with working within both school districts.

“I try to spread myself as thin as I can to do whatever it takes. I’m passionate in what I do,” Muncy said.

Magistrate Jason Cullen said this situation reminded him of a conversation he had with Emergency Management Services Director Mike Rogers recently. He said if you look at a map, most of the EMS runs are within the city limits, but EMS is funded by the county.

“Yes, Jamey, they do pay taxes, but if they’re going to utilize more service, then they need to contribute as well. …”

Then referring to Danville’s new city manager’s decision to cut funding to the recycling program, Cullen said, “When you have a new person that comes to town, you should have maybe spent a little more time actually analyzing things instead of just going in and making a lot of deep cuts while continuing to spend on consultants.”