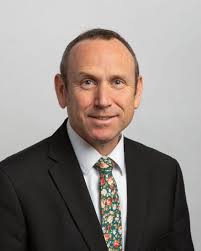 Daryl James is a writer at the Institute for Justice, a national public interest law firm in Arlington, Virginia.

Robin Pingeton has been busy in recent weeks. As a nurse practitioner on the front lines of the nation’s coronavirus response, her job keeps her moving in rural communities northwest of Atlanta. “I’m a house call practitioner,” she says. “So my office is my car.”

The nature of the work means that Pingeton mostly treats frail and elderly patients— the people most at risk from COVID-19. For those in assisted-living and long-term care facilities, emergency precautions limit their ability to see family, friends and off-site specialists, so Pingeton has had to adapt.

Her expanded duties sometimes relate to health care. Other times, she functions like an in-home IT department, helping patients set up their computers to receive telemedicine consultations. “It’s so much more than taking care of coughs and colds,” she says.

Despite the urgency, hospitals across the United States have announced layoffs, furloughs and salary reductions as they comply with orders to delay non-emergency procedures.

Pingeton, a spokeswoman for United Advanced Practice Registered Nurses of Georgia (UAPRN), says finding positions for the sidelined workers would be easy if government regulators would roll back restrictions like the ones in her state that stop nurse practitioners from operating without physician supervision.

“If these restrictions were lifted now during COVID-19, we could put the furloughed nurses back to work,” she says. “I could use them. I could use one right now. I could use two right now. We all could use some extra help, but the red tape precludes it.”

The nonprofit Institute for Justice, working with local partners like UAPRN, has launched a letter-writing campaign to U.S. governors and taken other steps to fight regulations that tend to do more harm than good. States can provide immediate relief through executive action in four specific areas, and then follow up with legislation to make the reforms permanent.

Advanced practice nurses like Pingeton have graduate degrees that qualify them to make diagnoses and prescribe medicine. Yet 22 states ban them from working, even as volunteers, without paying a doctor to doublecheck their work.

Besides adding cost and paperwork, the duplication of effort leaves less time for treating patients. “We respect physicians and work well with them,” Pingeton says. “But there is so much more we could do if these restrictions were lifted.”

Elsewhere, 28 states and the District of Columbia allow nurse practitioners to operate without physician supervision — either immediately at the start of their careers or after they gain a certain amount of experience. So far, none of these states has reported any negative effects.

Nursing is a well-established profession with national standards and exams. Most jurisdictions, including Georgia, recognize the overlap and allow nurses to move across state lines without obtaining additional licenses.

The Nurse Licensure Compact works especially well when demand spikes in faraway places or when nurses need to move for personal reasons. Yet 14 states refuse to join. The list of holdouts includes New York, which had to issue a temporary order allowing nurses to enter when the coronavirus took hold. If nothing else, the crisis shows that nurses can deliver quality care anytime, anywhere.

Geographic barriers to health care make little sense, and neither do digital barriers. Yet many states continue to limit patient access to telemedicine, especially when the medical advice comes from out of state.

Despite the resistance, more and more can be done with smartphone apps, video conferencing systems and other technologies. “Restricting telehealth appointments to in-state providers is completely unnecessary and only serves to preserve in-state medical monopolies,” Institute for Justice attorney Jaimie Cavanaugh says.

Nurses and other health care professionals also hit roadblocks in 35 states that enforce rules against building medical facilities or launching services without government permission. So-called certificate of need laws set artificial limits based on government estimates of “need.” Established players love the protectionism because it keeps entrepreneurs away.

One Institute for Justice client in Kentucky, for example, got shut down when he tried to open an in-home health care agency that promised to serve refugees in their native language. Regulators told him the state did not need such a thing. Without the interference, the agency would have been up and running before COVID-19 arrived.

Ultimately, nurses and other health care professionals just want to help. Government can do its part by getting out of their way.

Daryl James is a writer at the Institute for Justice, a national public interest law firm in Arlington, Virginia.