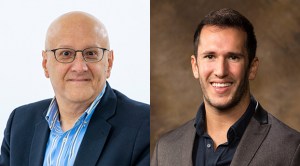 ABOUT THE WRITERS – Steven Horwitz, left, is a distinguished professor of free enterprise in the Department of Economics in the Miller College of Business at Ball State University. Corey DeAngelis is the director of school choice at Reason Foundation and an adjunct scholar at Cato Institute.

Opinion: Families, Not Bureaucrats, Are the Real Education Experts

By Steven Horwitz and Corey DeAngelis

Most of the nation’s schools have closed to mitigate the spread of COVID-19, and there’s no certainty on whether they’ll be open next school year. In this sense, we’re essentially all homeschoolers now.

The pandemic’s effect on the education system is forcing millions of families to evaluate their current schools and the merits of homeschooling. And perhaps because of this re-examination, government school monopolists are attacking  homeschooling — just as everyone is doing it.

For some enemies of educational freedom, the fundamental issue is about who is in the best position to decide how children should be educated. One of the major threads in the criticisms of alternatives to public schools — from private schools to homeschooling — is the suggestion that families, especially low-income families, are somehow incapable of making good decisions for their own children and that those decisions should, therefore, be in the hands of the government.

For example, in a recent article calling for a ban on homeschooling, Harvard University’s Elizabeth Bartholet claimed that “many homeschooling parents are simply not capable of educating their children.”

However, this view that the government knows better than families is deeply flawed. Parents are legal stewards of their children, with responsibility for their well-being. The nature of the parent-child relationship, including both the amount of, and kind of, time spent together gives parents superior knowledge about their children. In addition, parents are given the most credit when children are raised well, and parents also pay a social price when kids are uneducated or misbehave.

Parents are assumed, rightly, to be responsible for the upbringing of their kids; thus they have particularly strong incentives to do it well, even if parenting is challenging.

The Supreme Court recognized this point in Pierce v. Society of Sisters in 1925, a case that not only weakened a state monopoly on education but also established the constitutional status of parental rights. Writing for the court, Justice James Clark McReynolds wrote, “The child is not the mere creature of the State.”

Parents are not perfect, and arguing that they have better knowledge and incentives than education bureaucrats is not to say that families will never make mistakes. Families simply are more likely to get it right and are in a better position to learn and respond when they get it wrong.

In the realm of education, we see these ideas play out in a number of ways. First is the emphasis on parental choice. Homeschooling, or even formal private schooling, might not be the optimal choice for every single child. Rather, the point is that families are in the best position to determine what sort of educational structure is best for their kids.

This might explain why the most rigorous evidence consistently shows that home school students generally fare better academically and socially than their otherwise similar peers attending government schools.

Parents are not perfect, but they generally know what’s best for their kids. Unfortunately, the hubris of the educational establishment in thinking that distant bureaucrats know better that parents will likely continue to condemn too many children to suboptimal educational experiences.

The coronavirus pandemic and significant economic downturn may force states and school districts to change their funding systems. Let’s give families a real opportunity to make decisions — allowing them to take their children’s education dollars to wherever they think they can get the best education and environment, whether that’s a public school, a private school or through homeschooling. Let’s fund students, not systems.

Steven Horwitz is distinguished professor of free enterprise in the Department of Economics in the Miller College of Business at Ball State University. Corey DeAngelis is the director of school choice at Reason Foundation and an adjunct scholar at Cato Institute. 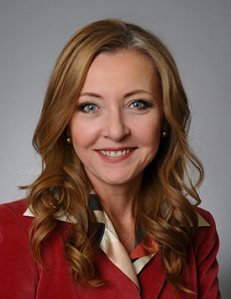 ABOUT THE WRITER – Vicki Alger is a research fellow at the Independent Institute in Oakland, Calif., and author of “Failure: The Federal ‘Misedukation’ of America’s Children.”

Opinion: Parents Who Homeschool — a Clear and Present Danger

The greatest threat to the wellbeing of children isn’t a virus: It’s their parents, according to some academics.

Harvard University law professor Elizabeth Bartholet has ignited a firestorm of controversy by arguing for a presumptive government ban on homeschooling in a recent law journal article. Her claims are largely relics of a bygone era dominated by “progressive” education theorists who believed that government bureaucrats know better about educating children than parents.

Bartholet explains in the current issue of Harvard Magazine that because homeschooling is not regulated enough by government, children could be at the mercy of parents who are “essentially” illiterate, or worse, neglectful or abusive. Absent government intervention, parents control their children’s education and upbringing — something Bartholet deems “authoritarian” and “dangerous.” Her solution is compulsory government schooling to ensure “that children grow up exposed to community values, social values, democratic values, ideas about nondiscrimination and tolerance of other people’s viewpoints.”

Adding fuel to the fire, Bartholet has convened a “private and by invitation-only” Harvard summit in June to focus on “problems of educational deprivation and child maltreatment that too often occur under the guise of homeschooling.”

No doubt participants will be channeling the likes of Horace Mann, considered the Father of American Public Education, and John Dewey, who wanted a Prussian-style system of uniform, compulsory schooling for the United States. According to these and other leading 19th- and 20th-century education theorists, such a  system would improve our “democratic” institutions through the distinctly un-democratic means of forcing parents — especially poor and immigrant parents — to send their children to government-run schools that would instill the proper “social and political consciousness.”

Proponents believed this democratic end justified such un-democratic means because ultimately, as the Wisconsin Teachers Association put it in 1865, “children are property of the state.”

Of course, that view is wholly at odds with the Constitution, which neither mentions the word “education,” nor gives the federal government any enumerated power over it. That’s a real problem for “progressives,” including Dewey, who dismissed the notion of individual rights as “idolatry to the Constitution,” as well as Bartholet, who says the Constitution is “outdated and inadequate.”

The data, however, show that homeschooling parents are getting results that make government schools seem inadequate.

The scholarly research shows more than a 100-fold increase in the numbers of homeschooled students since the early 1970s, from 13,000 to more than 2.4 million. The latest EdChoice Schooling in America Survey  also finds that the proportion of parents whose top educational option would be homeschooling reached an all-time high of 15 percent in 2019, a threefold increase since 2012.

These trends correspond with the federal government’s dramatically increased involvement in K-12 education, staring with the Elementary and Secondary Education Act in 1965 and the establishment of the Department of Education in 1979. If parents, many of whom probably attended public schools themselves, were satisfied with “public” education, homeschooling would have died off — not exploded.

Given such growth, it stretches credulity to suggest, as Bartholet does, that homeschooling parents are some kind of nefarious lunatic fringe. It also ignores scholarly evidence.

For example, research for the Department of Education finds that homeschooling parents come from all walks of life and are socioeconomically diverse. It also shows that by a margin of more than two to one, parents say their most important reason for homeschooling their children is concern about school environments, such as safety, drugs or negative peer pressure, not religious instruction.

Ultimately, most homeschooling parents are successfully educating their children. Rather than learn from their success, “progressive” academics like Bartholet apparently want to eliminate the competition — an impulse that hardly seems democratic or tolerant.

Vicki Alger is a research fellow at the Independent Institute in Oakland, Calif., and author of  “Failure: The Federal ‘Misedukation’ of America’s Children.”