Finke will not seek second Danville school board term 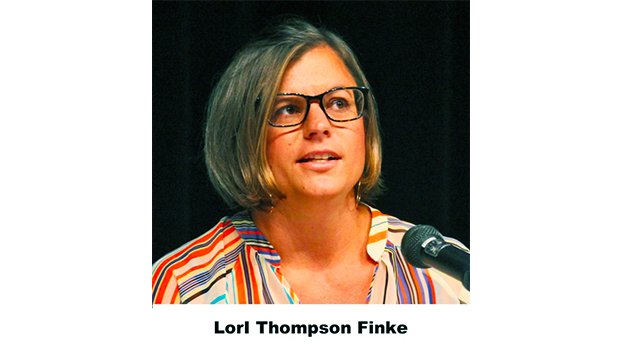 Danville School Board member Lori Finke announced she will not be running for re-election in November’s general election. She was elected in 2016 and this was her first term on the board.

At Monday’s work session, Finke said she decided not to run for her seat on the board again because she sees the next two years being “very busy” with raising her two children and participating in their activities, running her own business, and helping with her aging parents.

“It has nothing to do with anybody here. … I really enjoyed it. …”

Finke added it was important to her to be on the school board since she was a Danville graduate and her children are students in the district, but, “There’s a lot going on in my life.”

Finke also said she told Superintendent Dr. Tammy McDonald and other board members about her decision not to run back in December, but just now made the announcement publicly.

She said she is proud of the Danville School District and what it is accomplishing.

In November’s election, the Danville school board will have two seats on the ballot, plus a seat to fulfill the term of Paul Smiley who resigned earlier this month.

Finke said she also hopes that some “good candidates” will run for a place on the school board. “I personally really hope a parent runs.”

Board member Troy McCowan, who is also up for re-election, said “I am running again — one more time.”

He said his paperwork has already been filed. And he warned anyone who wants to run for a seat on the board should be aware there’s a lot more paperwork to submit.

County Clerk Trille Bottom said in a previous election story that candidates should pick up their filing packets at her office. They are also required to register with the Kentucky Registry of Election Finance, and submit their high school transcript.

“Do not wait until June 2 because you may not have time. Don’t wait until the last day to file for office,” Bottom said.

In the meantime, the school board has set a deadline of 3 p.m. Tuesday, May 26 for applicants to submit an application to be appointed to fulfill Smiley’s term, which ends on Jan. 22.

The next day the board will interview applicants in executive session. Afterward, board members will make their selection and announce who the new board member will be. This person may or may not run for the same seat in November’s general election.