Preservation Month is May; looking back at Danville’s historic places

Preservation Month began as National Preservation Week in 1973. In 2005, the National Trust extended the celebration to the entire month of May and declared it Preservation Month to provide an even greater opportunity to celebrate the diverse and unique heritage of our country’s cities and states, (savingplaces.org). The Heart of Danville’s Preservation Committee is thrilled to share nine historic places in our downtown community hoping to shed a light on several gems in our district. 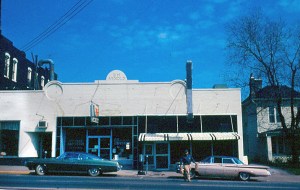 This is Burke’s Bakery & Delicatessen located at 121 W Main Street.  This building is a one story, 3 bay brick with circular parapets in the Art Deco style and dates to 1930.  This historic building began as a furniture store, but soon became a Greyhound bus station.  At one point, “Burke’s Bakery” occupied only part of the current building, and Mrs. Burke opened Danville Cafeteria in the adjacent storefront.  However, when the latter closed in the 80’s, Burke’s Bakery expanded. 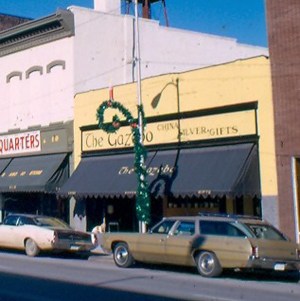 Maple Tree Gallery’s building at 225 West Main Street was built in 1910. It is a one-story,two-bay stucco Art Deco building with streamlined detailing in parapet. In its rich history, it has been a millinery shop, Woolsworth’s, and The Gazebo. 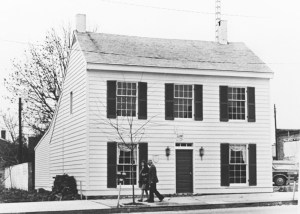 The Ayers Silversmith Shopis a restored two-story frame structure with a sloping roof, c. 1790. This is most likely the oldest building on Main Street. It was purchased by two brothers, Thomas (silversmith) and Samuel (dentist) Ayers in 1833. Thomas made most of the old silver in and around Danville.