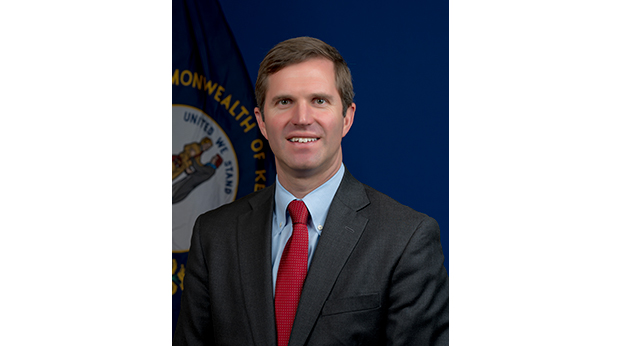 FRANKFORT, Ky. (KT) – Kentucky politicians were quick to react in condemnation to an effigy of Gov. Andy Beshear that was hung in a tree at the Capitol during a protest on Sunday afternoon that included protesters chanting “Come out Andy!” and “Resign Andy!” in front of the governor’s mansion.

The Patriot Day Second Amendment Rally, which was supposed to be a celebration of constitutional rights on Memorial Day weekend, attracted about 100 people. They were protesting the coronavirus restrictions and Beshear’s administration.

Pictures and videos taken by the Courier-Journal   and others show an effigy of Beshear that was hung in a tree along with a sign that read “Sic Semper Tyrannis.”

Politicians from both major parties reacted swiftly and spoke out against the effigy on their social media platforms.

Kentucky Attorney General Daniel Cameron said in a tweet: “This is sickening, and I condemn it. We have to learn to disagree without threats of violence.”

Senate Majority Leader Damon Thayer, R-Gerogetown, condemened what happened at the protest. “These actions are reprehensible,” he said on Twitter. “I absolutely condemn violence and threats of violence. If you want to protest, do it peacefully & respectfully.”

Kentucky Secretary of State Michael G. Adams, a Republican, also reacted in a tweet. “This is disgusting and I condemn it wholeheartedly.  The words of John Wilkes Booth have no place in the Party of Lincoln.”

“This is a new low and it is disgusting and wrong,” he said in a tweet. “I wish I were more surprised but this vitriol comes from the top. I hope Republican leaders join me in condemning violent threats against any elected official.”

Senate Judiciary Committee Chairman Whitney Westerfield, R-Hopkinsville, said in a tweet, “This awfulness has no place in civil society.”

“Hanging Gov. Beshear in effigy is beyond reprehensible, and yet it is also the logical conclusion of the hateful rhetoric we saw touted on the Capitol grounds earlier this month that was implicitly condoned by elected representatives from the legislature’s majority party,” House Democratic leadership said in the statement. “Doing this in front of our Capitol, just a short walk from where the Governor, First Lady, and their two young children live, is an act that reeks of hate and intimidation and does nothing but undermine our leading work to battle this deadly disease and restore our economy safely.”

The Republican Party of Kentucky also issued a statement:

“What occurred at today’s rally was unacceptable and has no place in Kentucky’s political discourse. The Republican Party of Kentucky strongly condemns the violent imagery against the Governor in today’s protest.”