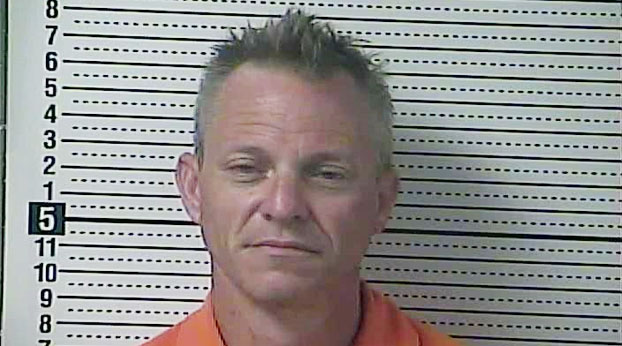 A Nicholasville man found himself in jail after he was found at the entrance of Northpoint Training Center.
Captain Casey McCoy and K9 deputy Daniel Grigsby of the Boyle County Sheriff’s Office responded to the entrance of Northpoint Training Center on a call reporting a male passed out on a motorcycle Monday afternoon around 2:30 p.m. When they arrived, they found Erich Storck, 47, passed out against a tree. Field sobriety tests were done, and Storck was found to be under the influence. He was arrested for public intoxication, and further investigation found that he was in possession of a loaded handgun and marijuana.
Storck was taken to the Boyle County Detention Center and charged with public intoxication, possession of marijuana, drug paraphernalia, convicted felon in possession of a handgun and violation of an EPO/DVO.
Northpoint Training Center officers assisted during the investigation.