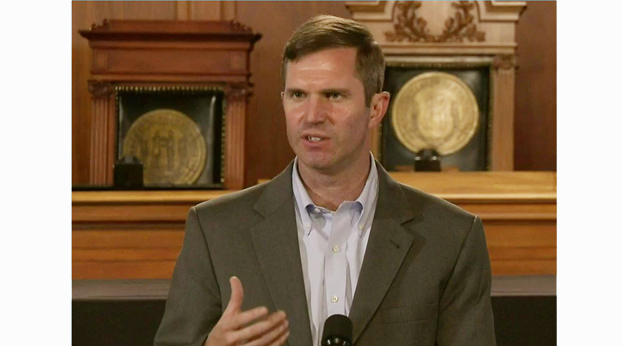 Gov. Andy Beshear announced Thursday in his daily press conference that there was a data security incident involving the state’s unemployment insurance system and had Deputy Secretary for the Education and Workforce Development Josh Benton explain what happened.

“On April 23 at around 9:17 am,” Benton said, “Our Office of Technology Services was made aware of a potential vulnerability in the UI portal. We spoke to the individual who reported the incident and, according to their report, they could view identity verification documents that had been uploaded by other UI claimants.”

Benton says they took the UI portal down completely at 11:30 am, by noon had a temporary solution, and by midnight developed a software patch that resolved the issue.

“There was no indication that the UI system was infiltrated from the outside,” he stated. “This was a situation that could potentially be viewed only by other UI claimants.”

Benton added that there are no indications of any other incidents like this and that it only occurred on April 23.

Beshear says this incident took too long to report, so he has asked the Inspector General of the Transportation Cabinet, a different agency, to investigate the potential data breach “to ensure that our software is where it needs to be and to review the practice and procedures, so we respond quickly and we respond correctly.”

As a result, the governor announced, “I’m going to make some changes to make sure that we see some different results moving into the future. Specifically, I’m going to be reorganizing the Cabinets and moving the unemployment insurance group to the Labor Cabinet, where it used to be. There are more resources and folks who are trained to on the outside that can come in and help.”

Beshear stated he is unaware of anyone who has had their data used illegally and added, “It’s important that people know we are taking action.”

The number of new cases of the coronavirus continues to be on the decline in Kentucky, however the number of deaths rose on Thursday.

113 new cases were reported to state public health officials, for a total of 9,184. There were also nine more deaths, raising the pandemic total to 409. Four of the deaths were in Boone County, with one each in Butler, Grant, Jefferson, Kenton, and Warren counties.

Beshear noted the number of deaths in the United States has now risen to more than 100,000.

“It is more Americans than, I believe, we lost in the Vietnam and Korean wars combined, and it’s getting pretty close to the number we lost in World War I. That is a profound and difficult and devastating loss.”

The governor also announced more re-openings. “Kentucky Kingdom in Louisville will be able to open the week of June 29. It will look very different; it is a very extensive proposal and we appreciate the operators working on that with us. Also, that week we will have the type of protocols together to provide guidance for a limited opening of public pools in Kentucky.”

He said the plan for pools is not finalized yet but will include limited capacity and social distancing must be followed.

In addition, the Governor said every state resort park will be added to the re-opening on June 1, including four that had been held in reserve as temporary housing for possible COVID-19 patients. Those four are Lake Cumberland, Lake Barkley, Blue Licks Battlefield and Buckhorn Lake. “We are excited about that. The Kentucky Horse Park opens June 11, with the first competitive horse show June 17-21.”