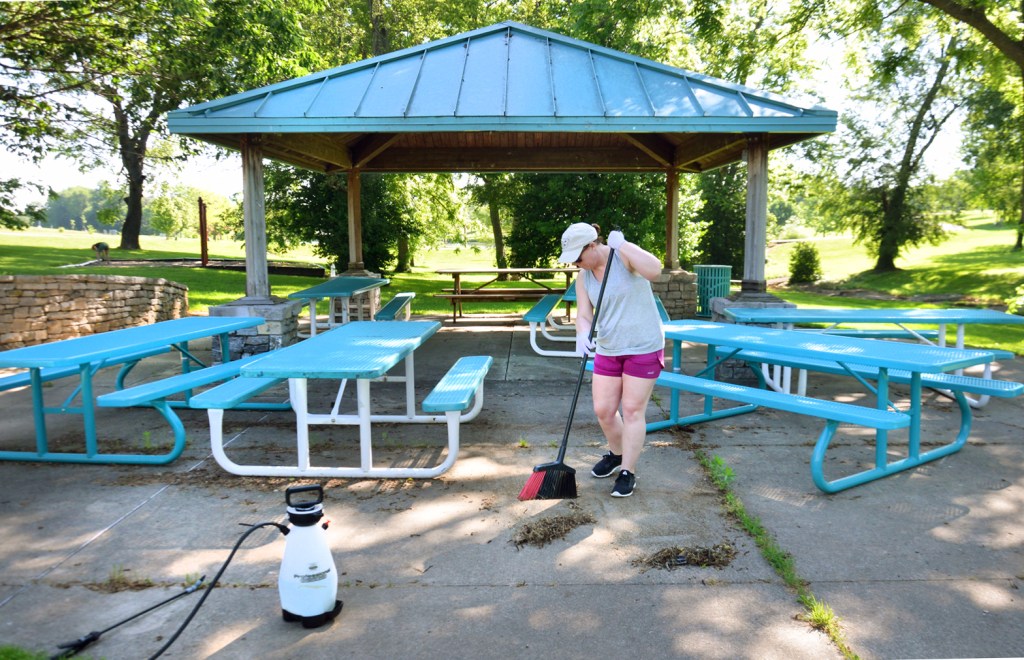 Danville-Boyle County Parks and Recreation is preparing to reopen some of its facilities on Monday, June 1, while others will reopen later in the summer. However, based on recommendation from the governor’s office, the Bunny Davis Center pool will not open for the 2020 season. The center’s racquetball courts, and Millennium Park shelters and basketball courts will be closed until at least July 1 due to group size restrictions.

Parks & Rec Director John Bell said a group of volunteers worked at Millennium Park on Saturday preparing for the reopening. Volunteers trimmed trees and bushes, painted benches and markers, pulled weeds, swept out the picnic shelters and sanitized the tables. 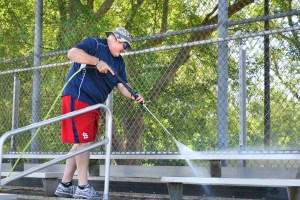 Bell also power washed bleachers before a sanitizer was sprayed on them. They also pulled down the bright yellow caution tape that had been wrapped around the playground equipment and sanitized the swings and slides to be ready for kids to play on opening day.

Bell said the playground at the waterworks treatment plant on Lexington Road will also open on Monday.

However, Bell said the city manager and city engineer are waiting on guidelines and approval from the governor’s office to open the water feature at the park. Most splash pads in the state have been ordered to remain closed because of how the water is recirculated, Bell said. But they’re hoping Danville’s splash pad can reopen because fresh, treated water is pumped through the system continuously.

Other facilities to open Monday include: 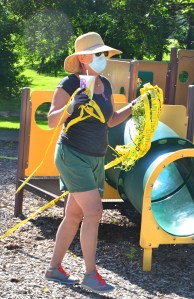 Jo Marie Lammy, of Danville, carries a handful of yellow caution tape she had pulled off of some playground equipment at Millennium Park on Saturday. (Photo by Robin Hart)

Will open to vehicles, although not all features will be available for use. No more than 10 individuals may gather in a single location through June 30 and must maintain six-foot social distancing at all times. The public is encouraged to use face masks, gloves and hand sanitizer before, during and after using each of these features.

Note: Any of the following features may be closed at any time if social distancing or group size limit is not adhered to. 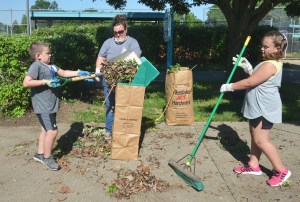 Working to clean up hedge trimmings and leaves at a baseball field at Millennium Park on Saturday are Alex and his sister Lucy Kate, and their mom, Veronica Durham. Their dad, Chris Durham, was just around the corner using a hedge trimmer. The family lives in Washington County but came to Millennium Park for the clean-up because they love the park, Veronica Durham said. (Photo by Robin Hart)

Note: Group size limits and social distancing must be followed at all times.

Government offices are set to re-open