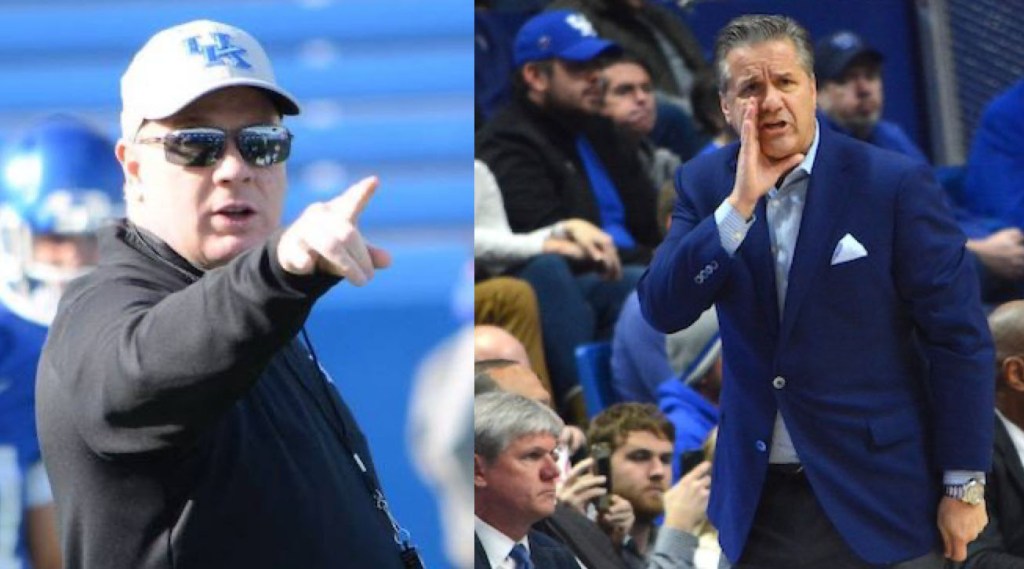 John Calipari and Mark Stoops used their platforms to address concerns against racial injustice and the two Kentucky coaches shared their thoughts on social media regarding weekend protests across the nation sparked by the recent death of George Floyd.

Peaceful protests have turned into riots in Minneapolis, Atlanta, Nashville and Washington, D.C. A protest in Louisville was held this weekend after Breonna Taylor was killed during a police raid in March. Those demonstrations have resulted in rioting and looting.

“Like many of you, I’ve been watching what’s been going on the last couple of days and have had some time to think about it and pray about it. All I can tell you is I’m sick,” Calipari said via Twitter. “Whether you’re talking George Floyd or a number of other incidents that have happened in our country and in our backyard, I’m sick because I cannot believe one human being could treat another human being the way we’ve seen with some of these injustices.”

Calipari said he doesn’t “have all the answers” and added he wishes he “had some way to bring everyone together.”

“I do have one thought: It is wrong, it is unacceptable, and I am horrified by what I have seen,” he said. “This cannot continue.”

Calipari addressed the ongoing issues with his team over the weekend and wanted to “keep that conversation private.”

“What I will say is we need to have an open dialogue and conversation about these issues,” he said. “The only way we can move forward as a nation is to be open and honest with ourselves.”

Like Calipari, Stoops is “deeply hurt for the injustice we have in our country” and added those issues need to be addressed by society as a whole.

“We must find a way to treat each other the way we want to be treated, with unity and respect,” he said. “As a nation, we must overcome it. And we must begin now.”