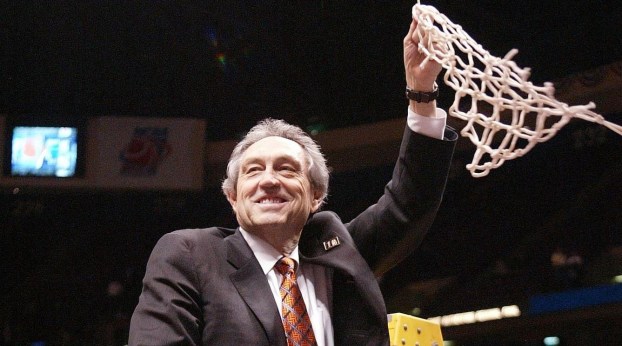 Former Kentucky coach Eddie Sutton passed away last month at the age of 84. His players say they loved playing for the hall of fame coach.

Players were motivated to play for Sutton

Roger Harden was a senior point guard at Kentucky when Rex Chapman was a high school senior at Owensboro Apollo and signed to play basketball at Kentucky.

In two seasons at Kentucky, Chapman scored 1,073 points before entering the 1988 NBA draft where he was the eighth overall pick by Charlotte.

“It was like watching Elvis Presley break through,” Harden said. “It was like seeing the Ed Sullivan Show. It was an amazing experience.”

Harden was on Eddie Sutton’s first team and it was Sutton who recruited Chapman.

“Coach was fair with Rex because he was a star,” Harden said. “I would go see (former UK teammate) Kenny Walker in New York (where he played for the Knicks) and I would tell him he had already been forgotten and fans had moved on to Rex. Kenny would just laugh and now they are good friends.

“Coach (Sutton) was not afraid to let a player get bigger than he was. He loved it when guys would blow up and get popular with fans. Not all coaches would do that. But Rex really was like watching Elvis blow up. It was mania all the time. I had never seen anything like it in college basketball.”