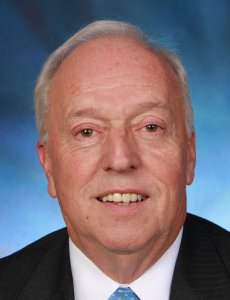 Think about the industries and businesses which have suffered greatly because of the coronavirus pandemic. Immediately a person considers the airlines, cruise ship industry, restaurants and hotels as those suffering dire financial distress.

Rarely considered, though, is the U.S. Postal Service — although operating, it is hemorrhaging red ink. Enough that its viability is of major concern to those who rely heavily on the delivery service that USPS provides.

This week the leaders of two Congressional oversight bodies proposed a $25 billion appropriation bill to help USPS stay afloat. HB 7105, the Postal Preservation Act, is being pushed by Reps. Carolyn Maloney (D-New York), chair of the Oversight and Government Reform Committee, and Gerald Connolly (D-Virginia), chair of the Government Operations Subcommittee. They have gone on record that the coronavirus is “wreaking havoc on the U.S. Postal Service.”

The Postal Service’s financial woes are nothing new, but the coronavirus crisis greatly heightened its financial misery.

First-class and marketing mail, which are vital to help offset costs, have dried up during COVID-19. In April, President Trump labeled USPS “a joke” and blocked emergency funding for USPS, insisting that the agency should raise rates it charges for Internet shipping companies such as UPS, FedEx and Amazon.
But that action will not make a dent in the financial cloud the envelops the Postal Service.

It’s estimated that the USPS will lose $2 billion a month through the coronavirus recession. Mail volumes were down 27 percent in April, the first full month when government-imposed shutdowns impacted postal operations. The package delivery business had an increase, but the reality that packages are significantly more costly to deliver negates the effect of that increase. Too, USPS had to hire extra workers in areas where workers had contact with COVID-19 infection and cope with workers being infected. As of a week ago, 60 postal workers have died from COVID-19 symptoms, 2,400 have tested positive for it and 17,000 — 3 percent of the USPS workforce — were sent home on quarantine.

USPS had plenty of problems prior to the pandemic. Most people have experienced more than their share of frustration over a letter that took far too long to reach its destination, or having to stand in a long line at a post office where only one or two clerks were on duty.

In my 41 years as a newspaper publisher, dealing with postal problems was a never-ending challenge. You could find a way to improve delivery to one area of the state or country and another problem popped up elsewhere. There were postmasters who did their best to meet the needs of their communities while others were nothing more than bureaucratic figureheads who seemed immune to making an effort to resolve a problem.

As the person now overseeing the production and distribution of the statewide Kentucky Baptist Convention magazine, the Western Recorder, viability of the USPS is a major concern. It’s how we deliver the magazine every month to readers. Yes, we have some who opt to read the digital version online, but the overwhelming majority want the printed product. Without the USPS, we have no way to get the magazine delivered.

That highlights the fact that USPS performs a necessary service in this country, and it’s vital that service be maintained.

One of the advantages to consumers, and an operational disadvantage to the Postal Service, is a universal service requirement. That is vital to small towns and rural areas, requiring USPS to deliver on roads that may be miles long but only have a few houses to service.

I always heard it said that a town had to have two things for its citizens — a school and a post office. Our country without a postal system that serves everyone would be a bitter pill to swallow.

There’s no question that the USPS has its share of questionable operating practices over the years — some of its own making. It’s made some unwise decisions on labor contracts. While all U.S. companies pre-fund pension benefits, USPS is the only one required to pre-fund retiree health care benefits. That mandate should have been stopped decades ago.

Bottom line, though, is the Postal Service must be preserved, even with its deficiencies. Not everyone has email, or even a computer for that matter. There’s a significant portion of the population that still keeps watch on when the mailman delivers their mail each day, and they make a beeline to see what he has left.

It is the way a large number of people have prescriptions delivered to their homes. It is a valuable tool for businesses wanting to saturate homes in an area with an advertising message. It may be old-fashioned to some, but there’s nothing like receiving an encouraging letter, a birthday or anniversary card, or a thank-you note in the mail.

Hopefully this latest rescue package will get the support it needs in Congress to keep USPS afloat. It’s too valuable a service to lose.

CHIP HUTCHESON is managing editor of The Western Recorder with the Kentucky Baptist Convention. He is also a former newspaper publisher of 41 years.