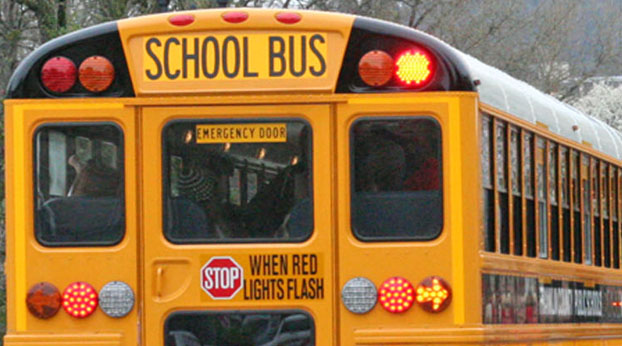 In nearly a month, Boyle County Schools Superintendent Mike LaFavers said the district will have an answer on how/when the school year will begin.

LaFavers held a virtual town hall with parents of students in the Boyle County School District where he discussed how the district is approaching this issue and took questions. In one segment of the town hall, LaFavers laid out a timeline for making a decision. Currently, the district is garnering feedback from parents, staff, and students on the topic, and will do so via a form on the district’s website until Wednesday, June 10.

The following day, those comments and feedback will be reviewed by the Reopening of School Committee, and then a decision will be made on or before July 10. On that day, LaFavers said, he’ll be making an address on YouTube Live beginning at 4 p.m.

LaFavers took questions from viewers during the virtual town hall. One question asked about potentially requiring students to wear masks while in school. LaFavers said that it was his understanding that the governor’s office was asking districts to keep students six feet apart, and in situations where that is not feasible, masks would be required. This, of course, would be part of the district’s opt-in plan if that is the path that the district decides to move forward with.

Several parents asked LaFavers about what bus transportation would look like, as questions remain about how social distancing policies could be enforced on school buses.

LaFavers said that under the district’s opt-in/hybrid model that is being looked at, there would be one student per seat on buses, allowing exceptions for students that are in the same family.

However, LaFavers noted that in a call with Dr. Steven Stack, Kentucky Commissioner for the Department of Public Health, Stack said students would need to be in every other seat.

“That’s different,” LaFavers said. “So when the Reopening School Committee and the subcommittee that’s working on that [a subcommittee specifically examining transportation] get back together, we’ll have to talk through those details. Transportation is going to be a real key part to this.”

Parents also asked about student absences and how those will be recorded and dealt with. Specifically, the questions pertained to leniency in absences with students that may be ill or have been exposed to COVID-19.

LaFavers noted that this was a really good question and something that needed to be further examined by the Reopening School Committee.

“That’s actually a question in all the subcommittee notes that I’ve read, I don’t think I’ve seen that,” LaFavers said. “We will need to consider that in our next meeting. I know what the board policy is, but I think we will need to do something there to give more leniency with that policy. This is part of why we’re doing these town halls. We’re thinking through a lot of different aspects.”

One other question that was asked that LaFavers said had not really been considered was flexibility with drop-off times to allow more parents to drop their children off at school to ease the burden on buses.

“We’ll make a note of that,” LaFavers said. “The question would be, can we get enough staff there earlier to supervise students? With social distancing, that would be the main question.”

On the opt-in model, one parent asked how flexible that could be. For example, if a parent opted for their child to attend school virtually, could they switch to in-person instruction nine weeks into the year if they felt more comfortable with sending their child back to school or vice versa?

LaFavers said he thinks there will be some room for flexibility in that plan, if the district decides to move forward with that plan, although communicating that desire to change to school officials in a timely manner would be significant.

“I definitely think that’ll be a possibility,” LaFavers said. “But we will have to have some notice that you want to transition. We’ve talked about that in our meetings, so I think there is no doubt that there will be accommodations for that.”

LaFavers noted that the district is looking at having a similar forum for students to answer questions and voice concerns in the near future.