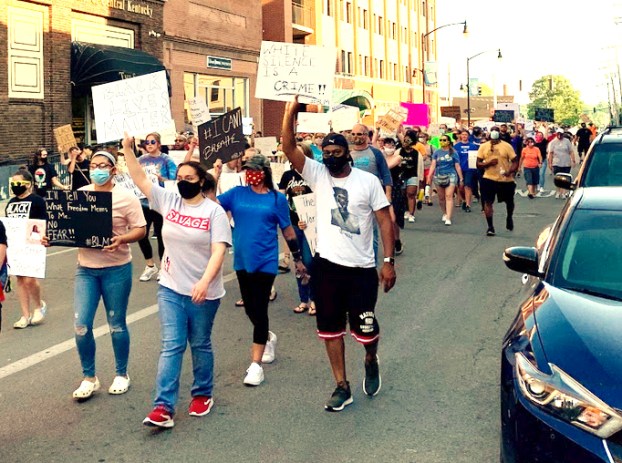 Local protest was perfect in its tone and approach 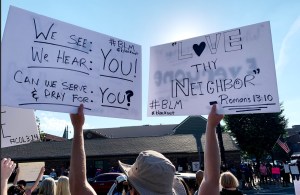 It’s amazing what can happen when people listen and work toward a common goal.

From our perspective, that’s what happened at the protest on Second Street in Danville Tuesday night.

The protest was a beacon of diversity, and in a time like this, that was what was needed.

There were people of all ages. In the crowd lining Second Street along Constitution Square, there were small children accompanying their parents, high school students, college students, young adults, all the way up to some elderly individuals. That was made clear by a man that made his way to the protest, found a seat along the line of protesters, and displayed a sign that mentioned that he had been fighting for racial equality since 1968.

The protest was racially diverse also, and especially in the time that we are in, that was refreshing to see.

With 300-plus protesters in attendance, the entire event was peaceful and respectful. The protesters were passionate and desperately wanted to see change, but there were never any acts of aggression.

There were several Danville Police officers and members of the Boyle County Sheriff’s Office there, and from what we could see, those law enforcement officers interacted with the protesters, talking and laughing with them at times. It was a far cry from what most of us have become accustomed to seeing on our television screens or social media feeds every evening.

The law enforcement officers were actively in the crowds, not watching from a distance with riot gear. That’s not to say that those law enforcement officers weren’t ready to act if something had happened, but you could tell that they didn’t come in with that mindset. It seemed like they came in ready to be involved in a peaceful protest, and that no doubt helped keep it peaceful.

Those who showed up to the protest should also be given credit. The protesters were clearly passionate and wanted to make their voices heard. They did just that, and people listened. Remaining peaceful allowed those voices to be heard, and the message was clear. People in Danville want to see a change.

Last but not least, we want to tip our hats to the law enforcement officers who came and participated in the protest. We personally saw Danville Police Chief Tony Gray and Boyle County Sheriff Derek Robbins engaging protesters, listening to concerns, and being attentive to the frustrations. Engaging in that dialogue and working toward the same goal together can bring about change, and seeing officers kneel in solidarity with the protesters was encouraging.

Hopefully future protests in communities around our state, region and the nation will follow the path set forward by the protest Tuesday night in our own community.

Powell, Johnson set a wonderful example for us all

People often want things to be done for them, but more often than not, they would rather let someone else... read more