Off the sidelines, Stoops, Wildcats march against racial injustice 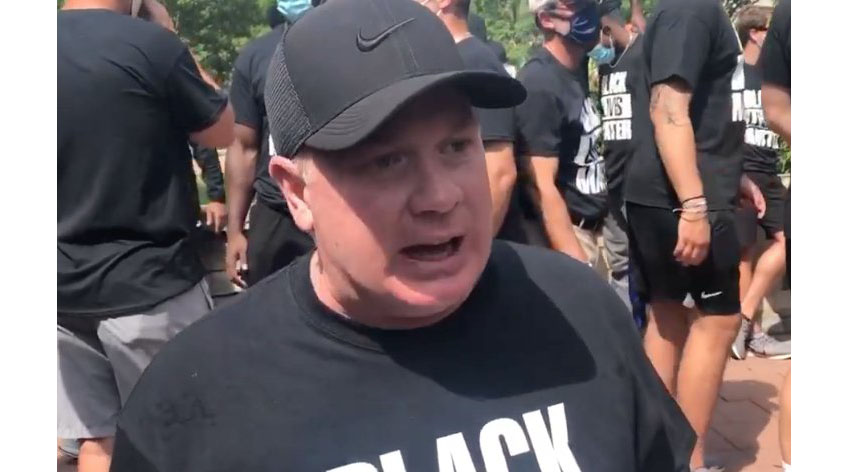 Mark Stoops and some of his Kentucky players marched against racial inequality in downtown Lexington on Friday afternoon.

Mark Stoops couldn’t sit on the sidelines any longer.

The Kentucky coach and members of his team, along with Courtney Love, a former player and director of player development at Kentucky, marched in a protest against racial injustice and police violence Friday in downtown Lexington.

“Generally speaking for seven years, I have played things pretty tight to the vest on issues, but not on this issue,” Stoops said. “Everybody has to get off the sidelines and get into the game and be part of the solution. That’s just a fact and that’s the way it is.”

Stoops was moved by killing of George Floyd by Minnesota Police and wanted to make a statement against racial inequality.

Stoops hopes protests in Lexington and across the nation will help make a difference and lead to change at the local, state and national level.

“This will help our players heal some and help others with some of the injustice that they have had and I hope it heals a portion, a fraction … we just want to do our part and be a part of the solution and we’ll do the best we can. This is an issue that we all can’t just put (to the side) and move on. We have to continue to talk about this issue and continue to make a difference and I want to do my part and our players know that. They know how I care about them.”

Kentucky Athletics Director Mitch Barnhart said UK athletics “must do our part to establish equality so we can make progress toward unity.”

“Our student-athletes inspire, they inspire (and) they lead,” Barnhart said in a tweet. “Even in the midst of a time of great pain, especially for our black student-athletes, they are doing it again, faced with yet more reminders of the presence of racism and bigotry in this country after the deaths of George Floyd, Ahmaud Arbery, Breonna Taylor and too many others, they are speaking out and they will not do it alone.

“We call on Big Blue Nation to join us — listen, hear, empathize, act (and) support our black athletes just as you do when they represent us in competition.”

Members of the University of Texas football team marched with police officers from the school campus in Austin to the state Capitol on Thursday to honor Floyd.

Texas coach Tom Herman said he was “proud” of his team and wants his players to be “agents of change.”

WTCDC to move under umbrella of Blue Grass Community…