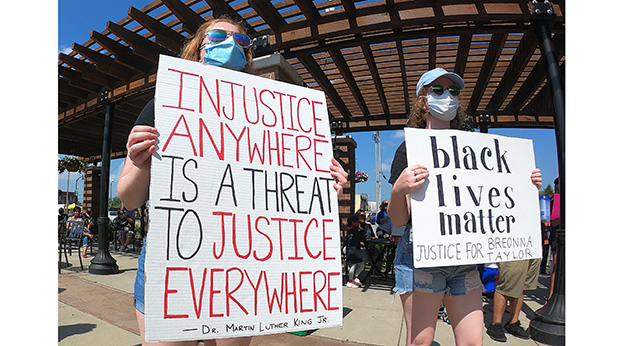 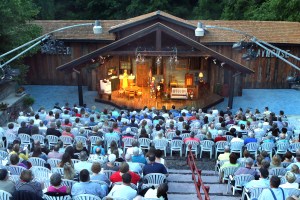 Pioneer Playhouse’s amphitheater will be the site of Thursday’s forum on community race relations. The event starts at 6:30 p.m. and the public is invited. (File photo)

The first in a planned series of public forums to exchange dialogue on racial issues in the local community will take place Thursday at Pioneer Playhouse.
According to Cheryl Burton, one of the organizers of the event, as well as an organizer of Danville’s two peaceful protests last week, the event will be an opportunity for the public to express concerns.
“It’s so the community can come out and hear what they have to say, and have a dialogue. We’re trying to mend relationships and also end racism in our community,” Burton said.
Terri Graves, a co-organizer, added that members of the community have been working with some local officials to improve relationships.
“We’ve talked to the police chief, the mayor, the city manager, and they all seem to be on board and are willing to make changes with us, to come up together and come up with plans,” Graves said. “The forums will give anybody in the community with any questions, any concerns, a chance to come and talk to those officials. That’s what we need, is community support and community input. If they really don’t know what we want, then they don’t know how to go about making changes or moving things in a positive light. As long as they come and participate and ask questions about any concerns they may have, I think it will be awesome, actually.”
Other community forums will focus on areas such as banking and healthcare, according to Burton.
“Each week we will try to do another one, with local banks, so people know what their stance is, what they offer to our community, then the hospital, the school board, we want to get everybody out there so people know who everybody is and have dialogue,” she said.
The first forum will take place at 6:30 p.m. Thursday at the Pioneer Playhouse amphitheater. Burton said all city and county elected officials have been invited to participate. The event is being held in the large outdoor venue to allow for social distancing, she added.