Kentucky State Fair will be scaled back by virus 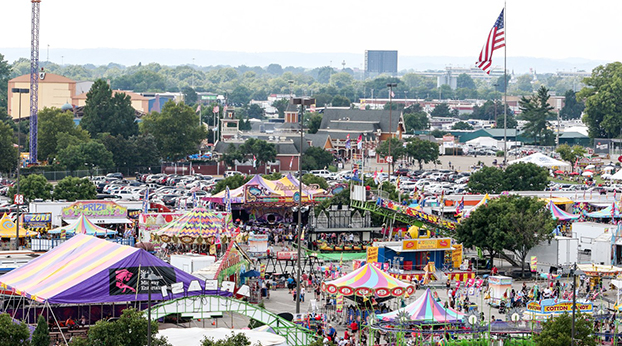 Gov. Andy Beshear announced earlier this week that due to the coronavirus, a scaled-back Kentucky State Fair will be allowed to take place this year at the fairgrounds in Louisville, and one major sponsor announced Friday their plans to deal with the restrictions.

During a press briefing on Tuesday, Beshear announced his administration approved a proposal to allow the Kentucky State Fair to take place.

“We have approved the state fair proposal. It will look very different this year, but the main thing is that we are keeping the agricultural competition and so many of the things that make the fair great,” he said. “However, the fair will not be able to use the portion of the Expo Center that houses our state field hospital. We are nowhere close to needing it, but we do not want to take it down and then need it later.”

The Kentucky Farm Bureau has pledged to return and support the event with a strong presence focusing on the fair’s rural and agricultural roots, but some of the events they sponsor will not take place due to COVID-19 social distancing restrictions and the state’s use of the Expo Center. Those include the annual Country Ham Breakfast and Charity Auction, the Gospel Music Showcase and the Pride of the Counties display area.

Farm Bureau President Mark Haney said while it is disappointing to have to make changes to these events, having a strong presence at the fair has never been in question.

“The Kentucky State Fair has always been an exciting event, not only for me personally but also for nearly everyone I know who has had the privilege of attending one of the best state fairs in the country,” he said. “And while we are obligated for safety reasons to make changes this year, KFB still plans to have a strong presence at the 2020 state fair, including having Freddy Farm Bureau in his usual place, in front of Freedom Hall, for the 63rd year in a row. There are just some traditions, even a pandemic can’t change.”

In the coming weeks, the Farm Bureau will announce its participation plans for 2020 as the group continues its long-standing relationship with the fair and the Kentucky State Fair Board.

“We are hopeful this year’s state fair will bring new opportunities to a tradition that has lasted for generations, and we look forward to celebrating all things good about Kentucky,” Haney added.

He also noted they are looking forward to reinstating in 2021 the activities cancelled for this year.

“This is not a moment, it’s a movement.”