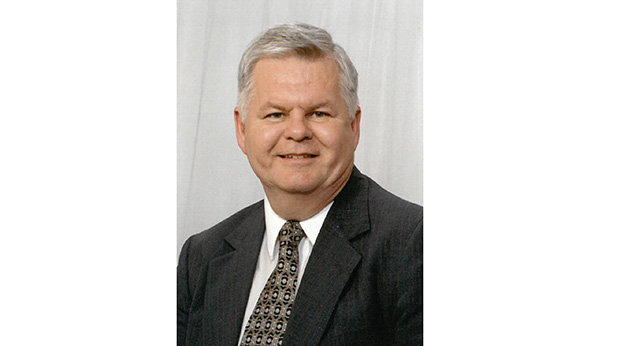 Larry Nichols has been a teacher, evangelist, prison chaplain, athletic coach, and author. He hopes to add “state senator” to that list.

Nichols, who has a history of teaching history and government at the high school and college level, said he believes his knowledge of the history of Kentucky and the United States, as well as his constitutional knowledge, is desperately needed in the state legislature.

“I know the Constitution and I can defend it,” Nichols said. “I know the history of our state and our nation. My concern is, with the way everything is going, and I have eight grandchildren, I’m concerned about my country and my state. I believe I live in the best state in the union but we’re going to lose our freedoms if we don’t get someone up there that can articulate the Constitution and our history like I can.

“We need someone in Frankfort that can talk and has leadership skills, that can communicate with people without being ugly or disagree without being disagreeable, and knows what they’re talking about and has that background.”

Although a Pulaski County native, Nichols said his connections with Boyle and Lincoln counties make him pretty familiar with the area. He has served as a volunteer chaplain at Northpoint Training Center.

He said he also owns property in Lincoln County as well as having coaching experience there. He also has taught and preached in Boyle County.

Nichols also said he strongly supports term limits. If he were elected, he said, he would hope to serve two terms and then not seek re-election after that.

“I know what the founding fathers believed, and they didn’t believe in going up there and staying 30-plus years and making a career out of it,” Nichols said. “They believed you go and serve your country or serve your community, then you go home and you get a job.”

“Eight years, that’s it,” Nichols said. “If I’m elected, I’m not going up there for me. I’m not interested in the pensions, the health insurance, or having a road named after me. I’m up there to serve. I’ll go up there for that time, do what I can, and then go home.”

Nichols also added that a key difference between himself and Girdler is experience in education. Nichols said that with his background in education by teaching at the high school and collegiate levels, as well as coming from a family of teachers, provides him a unique insight into education and pointed to Girdler’s handling of a situation involving Kentucky School For the Deaf earlier this year.

Nichols referenced a story published in The Advocate-Messenger in February this year in which Girdler presented a resolution that would study the possibility of transitioning management of KSD from the Kentucky Department of Education to the Danville Independent School District. Nichols specifically pointed out that Girdler said he had spoken with Danville Schools Superintendent Dr. Tammy McDonald and board member Paul Smiley and that “they’re willing to take it over or be a go-between with the Department of Education.”

However, McDonald and Smiley said that was not necessarily the case.

Nichols said that with his education background, he would’ve handled the situation differently.

“That was just lack of judgment,” Nichols said. “And he’s not an educator. He doesn’t have a background in schools. It would be like me going up there and trying to make a resolution about insurance.”

Nichols also talked about the need for prison reform. Working as a volunteer chaplain at Northpoint and other prisons around the state, Nichols said he has seen first-hand the need for reform. He specifically noted how there are inmates in Northpoint for not paying child support, and said that incarcerating individuals for that doesn’t really help because the individuals still cannot pay child support if they are incarcerated.

“I’m not saying that should go unpunished, but there are other ways to deal with that than throwing them into Northpoint prison,” Nichols said.

Not to mention, Nichols said, the economic cost to the community to incarcerate those individuals through taxpayer funds, which estimates to be between $30,000 and $35,000 annually for state prison inmates.

Nichols said there are situations like that where sentencing procedures may need to be re-examined.

“It’s not that I’m soft on crime, I wouldn’t say that at all,” Nichols said. “But I would say I’m smart on crime. There are certainly some reforms in the system that need to be made. We just need to be smart in how we deal with people.”

Nichols said that while he likes Girdler personally, he believes he’s better suited for office.

“As far as him personally, I like him,” Nichols said. “He’s a likeable guy, but I believe I can represent the people better and I honestly believe that. If I didn’t believe it, I wouldn’t run. I believe I’m the best candidate by far, and I don’t think there’s any comparison.”