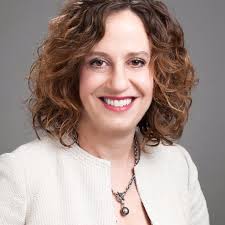 Lisa Rosenberg is the executive director of Open The Government, a non-partisan government transparency and accountability coalition.

George Floyd was laid to rest last week, but the harrowing video of his life being snuffed out at the knee of a Minneapolis police officer, in the presence of several other officers, lives on. For many Americans who took to the streets in protests, this tragic event catalyzed years of frustration and anger with police brutality and race relations.

Will it have a similar effect on Congress? Will it prompt congressional leaders to finally adopt substantive policing reforms, reforms that demand transparency in reporting on law enforcement misconduct and accountability for excessive use of force? It can and it should — now.

There have been more than 5,000 fatal shootings by on-duty officers in the United States since 2015. From 2019 to date, there were 1,042. This data exists because The Washington Post began documenting shootings after the 2014 killing of an unarmed African-American, Michael Brown of Ferguson, Mo.

The data show that African-Americans are consistently killed at more than twice the rate of Caucasians, even though they are less than 13 percent of the U.S. population.

It is urgent that state and federal governments compile a reliable databank to track the outcomes of these police-civilian encounters, but also to enable policing experts to devise equitable law enforcement tactics and policies. The federal government can maximize reporting from state and local law enforcement agencies by making criminal justice grants and programs contingent on reporting accurate data about excessive use of force.

It will also have to give teeth to the Deaths in Custody Report Act, by issuing penalties against law enforcement agencies that fail to comply with the law. Enacted in 2014, the DCRA requires states to report deaths during arrests or in custody by race, ethnicity and other demographic identifiers.

There are several others steps Congress can take now to make meaningful reforms.

The Trump administration revoked an Obama-era executive order intended to check the flow of military equipment to law enforcement agencies but instead brought more military weapons on our streets, in our schools and in our communities with barely any safeguards or oversight. Congress can counter this slippery slope into authoritarianism by supporting sensible legislation such as the Stop Militarizing Our Law Enforcement Act sponsored by senators Rand Paul (R-Kentucky) and Brian Schatz (D-Hawaii) that will limit equipment transfers and require transparency to hold law enforcement accountable to the public.

“Qualified immunity,” another critical barrier to police accountability for brutality, automatically protects officers accused of police brutality from being sued by the victims and their families for the violation of their civil rights. Newly introduced legislation, such as the Ending Qualified Immunity Act, proposed by U.S. representatives Justin Amash (Libertarian-Michigan) and Ayanna Pressley (D-Massachusetts) would eliminate the immunity that the Supreme Court granted to officers and the burden it places on victims to prove police misconduct violated their constitutional rights.

Further, Congress cannot tackle policing reform without closing loopholes in the U.S. prison system. Even though private prisons house 20 percent of the federal prison and detention population, to date they are not subject to the Freedom of Information Act and other records laws, allowing them to evade public scrutiny and oversight.

This exemption allows the corporations that own the prisons to hide critical information from the public and policymakers, such as incident reports, grievances, misuse of federal government funds and important communications between prison staff. The Private Prison Information Act introduced by Senator Ben Cardin (D-Maryland) in the Senate last year would lift the veil of secrecy at private prisons. Already, the Justice’s Department inspector general has found that federal prisons managed by private entities are substantially less secure as their government-operated counterparts, even as our government expands its reliance on private prisons paid for with taxpayer dollars.

By taking to the streets, protesters are sending a clear message: Now more than ever, the public is hungry for leadership that offers actual solutions to our policing challenges, not political grandstanding. For George Floyd’s death to have meaning, Congress must seize the moment to transform our nation’s policing and make our streets safe for everyone.

Lisa Rosenberg is the executive director of Open The Government, a non-partisan government transparency and accountability coalition.