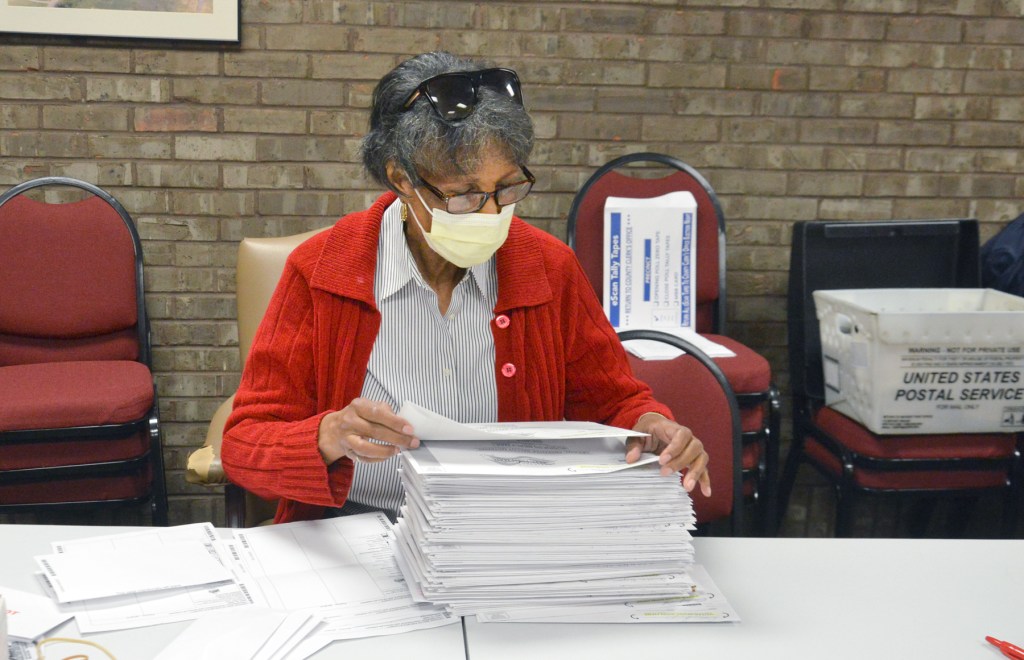 Ella Johnson starts processing a new stack of absentee ballots at the courthouse.

While official election results will not be made known until Tuesday, June 30, unofficial vote totals from in-person voting on Tuesday and in-person absentee voting leading up to Election Day have been tallied.

The results below are considered unofficial and do not include votes from more than 6,000 absentee ballots that were mailed out from the Boyle County Clerk’s office.

In the race for State Senate District 15, incumbent Rick Girdler picked up a large margin in Boyle County, getting 906 votes compared to 236 for his challenger, Larry Nichols. The 15th Senate District also consists of Pulaski and Lincoln counties. At the time of writing, results from those counties were not available.

With no Democrat running for this seat, the winner of the primary will represent the three counties in the Kentucky State Senate.

In the Republican race for the U.S. Senate, incumbent Mitch McConnell picked up 1,056 votes. Wesley Morgan had the next highest vote count with 52, followed by Louis Grider with 49. Naren James picked up 17 votes, while Paul Frangedakis picked up nine votes. Kenneth Lowndes and Nicholas Alsager finished with eight and four votes, respectively.

In the Republican race for the U.S. House District 2, incumbent Brett Guthrie received 1,062 votes and his challenger, Kathleen Free, picked up 124 votes.

In the Republican Presidential Primary, incumbent President Donald Trump picked up 1,161 votes in Boyle County, while 70 Republican voters selected “uncommitted” on their ballot.

Absentee ballots that were postmarked by June 23 and received by Saturday, June 27 will be counted for the election.

City’s Independence Day fireworks show is back on