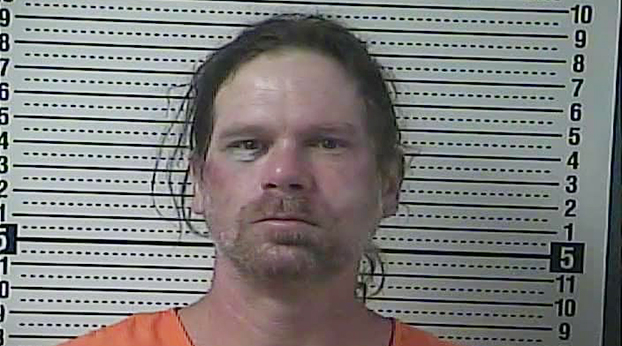 When Boyle County K9 Deputy Tanner Abbott attempted to stop a white Chevy truck on Alum Springs Road in Parksville Wednesday, he found himself in a pursuit.

The truck continued traveling on Alum Springs Road, fleeing from Deputy Abbott, and turned onto Yates Road where Wes Gaddis, an off-duty Mercer County deputy, was able to block the truck in. After a brief scuffle, deputies were able to get the driver out of the truck and take him into custody.

Justin Steele Cooper, 40, of Danville, was arrested, and methamphetamine, heroin, distribution bags and scales were found in his possession. He was charged with fleeing and evading, 1st degree; careless driving; driving on DUI suspended license; resisting arrest; disorderly conduct; drug paraphernalia; trafficking methamphetamine; possession of heroin; possession of drug (unspecified); tampering with physical evidence, and promoting contraband. Cooper remains lodged in the Boyle County Detention Center on a $10,000 cash bond, according to the facility’s website.

Deputy Wes Gaddis and the Mercer County Sheriff’s Office assisted in the arrest.

Unemployment numbers on the decline locally