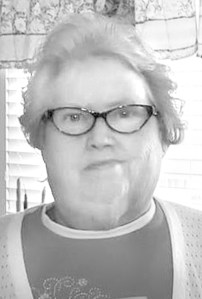 Brenda Gay (Howard) Hoeck, 64, of Crab Orchard, passed away Thursday, June 25, 2020, at The Ephraim McDowell Regional Hospital in Danville. She was the wife of Frank “Freddie” Hoeck whom she married on September 14, 1974 in Perryville.

Brenda was born in Crab Orchard, KY on September 1, 1955 to the late Joe Edward and Lula Mae (Adams) Howard. She was a member of The Ephesus Baptist Church, where she gave her heart to the Lord in 2004. Brenda was former owner of Circle H Farms. She was a loving and dedicated wife, mother & nana.

In addition to her parents, Brenda was preceded in death by two Brothers, Ricky Lynn & Kelly Ray Howard

A private funeral service was held for the immediate family at McKnight Funeral Home. Bro. Doug Eggers officiated the service.