Even without fans in stands, return of baseball offers hope for future 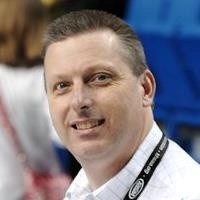 For as long as I can remember, there has always been baseball in the summer.

Although University of Kentucky basketball is part of our family heritage, passed on from one generation to another, following the Cincinnati Reds has roots that run deep within the family tree.

Yes, I do blame it all on my roots, but I’m proud of my family heritage.

Like many of you, I had heroes and many of them played for the Cincinnati Reds. I grew up in the Big Red Machine era, but those were single-digit years. I didn’t become fully consumed with baseball until later near my teenage-years and my heroes are the likes of Pete Rose, Mike Schmidt, Ozzie Smith, Dale Murphy and Ryne Sandberg. I also followed George Brett and others just to name a few.

Cincinnati was a team in transition and downright not fun to watch during most of my childhood. However, when Rose was hired to manage the Reds in the mid-1980s, things began to change and they were back to winning again. The team’s World Series run in 1990 was one fun season to watch.

The Chicago Cubs and the Atlanta Braves also were personal favorites when I was younger, but for the most part, the Cincinnati Reds have always been atop the list, because of the close proximity to Kentucky. An easy up and down trip to Great American Ballpark that can be accomplished in less than three hours roundtrip.

It didn’t hurt the Reds had the best two announcers in baseball, Hall of Famer Marty Brennaman and the late Joe Nuxhall and I spent many hot, summer months listening to them call a baseball game during a time when more games were heard on radio than on the television set.

The biggest day for baseball has always been Opening Day, which ushers in a new beginning each and every year and helps wipe away memories of the previous season, both good and bad.

The Reds have a way of making you feel good about the team from one season to another, but just having baseball to talk about in the summer has been a missing link this year. Like most of you, ‘wait until next year’ was my thought process amid the ongoing COVID-19 pandemic.

That was until Wednesday when Major League Baseball announced plans for a 60-game season, with the first game of the season set for July 23 or July 24. The players are scheduled to report for preseason workouts on Wednesday and will utilize two local facilities to prepare for the upcoming season.

The downside is that no fans will be allowed in the stadiums. But the fact there will be baseball is good news in itself for a country that is seeking relief from the 24-hour battle with the coronavirus and civil unrest.

It will be different, but nothing is normal anymore.