The remarkable folly of ‘defund the police’ 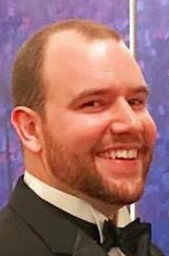 Josh Crawford is executive director of the Pegasus Institute.

On September 9, 1919, after an overwhelming vote by officers in favor of striking the day before, nearly 80% of the Boston Police Department walked off the job. When the dust settled after four days, nine people were dead and untold damage had been done to the city as criminals took advantage of a city free of police.

A century later, calls to abolish or defund the police, absurd as they may be, are gaining traction.

Even elected leaders are beginning to jump onboard. Minneapolis City Council President Lisa Bender recently said on CNN, “I think the idea of having a police-free future is very aspirational, and I am willing to stand with community members who are asking us to think of that as the goal.”

The desire for a police-free society reflects a misunderstanding of both the societal benefit of policing and the actual desires of the communities that Ms. Bender claims to be standing with.

Proponents of ‘defund the police’ are quick to point to the fact that the money taken from police agencies would be reallocated to a myriad of social programs and direct investment in underserved communities. Worthy as these individual programs and investments may be, there is no social program that can replicate the essential functions of policing.

Police are the element of the criminal justice system most visible to the public and the arm with which citizens are most likely to interact. As Eastern Kentucky University professor Dr. Gary Potter puts it, “[t]he American system of criminal justice is predicated on an assumption of effective policing. After all, in order to deter criminals and punish the evil-doers you have to catch them.”

This is more than theoretical, research on policing and crime has repeatedly found that more well-managed police leads to less crime. Most recently, a 2018 study looked at police and crime data from 1960 through 2010 and concluded that every $1 spent on policing generates about $1.63 in social benefits, mostly through reductions in homicides. When coupled with intelligence led strategies like focused deterrence those outcomes are even stronger.

Moreover, communities continue to have a favorable opinion of their local police across racial groups. A Vox/Civis poll found that 58% of African American respondents had a favorable opinion of their local police, while only 27% had an unfavorable opinion. What is more striking though, are the responses to being asked about funding for additional police. Sixty percent of African American respondents supported more funding to hire additional police, while only 18% opposed it. Sixty-five percent of white respondents favored more funding for police, while 13% opposed. We also know that under-policing leaves communities feeling unstable and unsafe.

Here in Kentucky, our two largest police forces, the Louisville Metro Police Department and Kentucky State Police, have both seen double-digit percentage decreases in uniformed staffing over the last decade. Twenty-three counties – nearly a fifth of the counties in the state – have 0.0 full-time, local officers per 1000 residents. Kentucky currently spends the least on policing per capita of any state in the country.

Across Kentucky, and especially here in Louisville, we need more officers with more hours of better training, not fewer officers with less training.

None of this means that re-evaluation of police strategy and the desire for reform are unwarranted. Here in Louisville the deaths of Breonna Taylor and David McAtee ought to force us to ask serious questions about the use of no-knock warrants, about suppression-style policing, and about why LMPD and the National Guard were sent to 26th & Broadway to enforce a curfew that was not enforced south or east of downtown. We ought to get serious about what we can do and where we go from here. ‘Defund the police’ however, does not address any of the important questions and only hurts the search for real solutions.

Josh Crawford is executive director of the Pegasus Institute.

Secretary of State: I’m proud of Kentucky officials and…