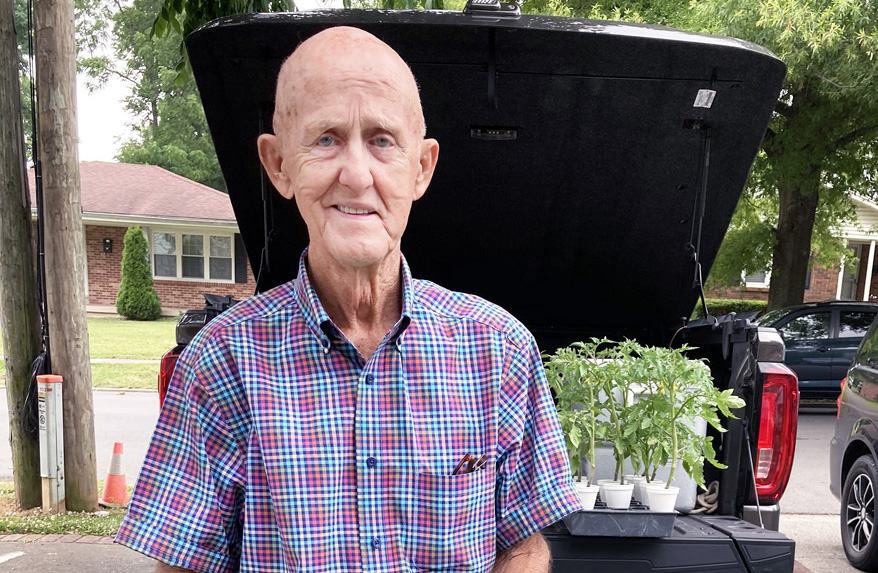 Quince Arnold sells fresh produce at the Boyle County Farmers Market on Saturdays. He grows a variety of vegetables on land where his florist shop once was located on Hustonville Road.

Quince Arnold, 84, has been bringing his produce to the Boyle County Farmers Market for more than 20 years. He also sold plants at the Lexington Farmers Market downtown for 30 years, he said.

His garden is on a busy stretch of Hustonville Road near the RECC building where he once owned and operated Arnold’s Danville Flower Shop, a business that he had for about 50 years.

Arnold started out in a building on Stanford Road in front of the old Bun Boy Restaurant; moved to a Fourth Street location; then to the property where he still grows plants.

After he retired and sold his large green houses, Arnold wanted to continue growing plants, so he put up a small greenhouse on the property where he raises seedlings. Later in the spring, he transplants them into the ground and grows a variety of lettuce, onions, broccoli, cucumbers, peppers and beans to take to the Saturday market.

But he doesn’t grow corn. 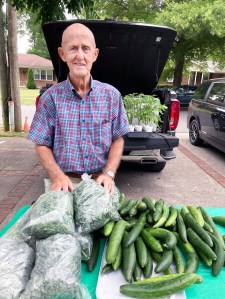 “The raccoons won’t let me grow corn. I can’t keep them out of my garden. They know when the corn is going to be ready, and three days before it’s ready, they end a scout out. He scouts it and he goes back and brings all the other raccoons that he knows the next night,” Arnold said, “and they devour your corn before it’s ready for you to eat.”

And if that isn’t bad enough, if wind knocks down the corn, groundhogs come and have a feast, he said.

He once tried playing a loud radio all night, “but the raccoons got to where they’d dance by it!”

Arnold said he’s noticed that the summer weather has gotten drier over the years. “The weather has changed drastically. We don’t get rain like we used to,” which affects local crops.

“It’s hard for plants to survive. You put city water on them, they don’t seem to do as good as rain water.”

Quince said he likes opening his truck’s tailgate, popping up a table and selling what he’s grown, right here in town.

“I enjoy the people. It’s a good Saturday morning out.”