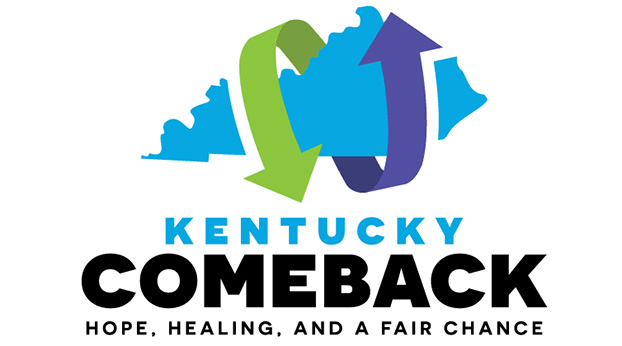 One of the major obstacles to dealing with substance abuse is the stigma it still has among many people, so the Kentucky Chamber of Commerce says it has launched a major effort “to help Kentuckians struggling with substance-use disorder, assist businesses in developing recovery-friendly work environments, and engage Kentuckians interested in smart criminal-justice reforms.”

The campaign is called “Kentucky Comeback: Hope, Healing, and a Fair Chance.” Its mission is “building a broad-based coalition to dramatically transform the state’s approach to addiction and criminal justice, including “criminal-justice reforms to control corrections costs and help Kentuckians recover and obtain employment while protecting public safety,” the chamber said in a news release. “Kentucky’s business community is in a unique position to help change Kentucky’s attitudes, policies, and approach to criminal justice and addiction.”

The chamber says the opioid epidemic is largely responsible for admissions to Kentucky prisons increasing 32 percent from 2012 to 2016. “It’s time for change in Kentucky,” said Chamber President and CEO Ashli Watts. “The number of people affected by the criminal justice system and opioid epidemic grows each and every day. Those who believe in Kentucky’s future know we have to help people come back from addiction and incarceration to rejoin their communities and families.”

The project is funded by the Kentucky Chamber Foundation and the Chan Zuckerberg Initiative, the foundation created by Facebook founder Mark Zuckerberg and his wife. It says its website “seeks to build a criminal-justice-reform network and attract a greater number of businesses and leaders across the state to engage in criminal justice reforms with the goal of fewer Kentuckians incarcerated, more individuals gainfully employed, and a stronger, healthier Kentucky economy.”

The site has “tools for employers, resources connected to recovery centers, legislative priorities and victories, and much more,” the chamber says. “The initiative will also include the launch of a statewide marketing and advertising campaign in coordination with Gray Kentucky Television to inform and bring Kentuckians together to make positive changes on these issues.”