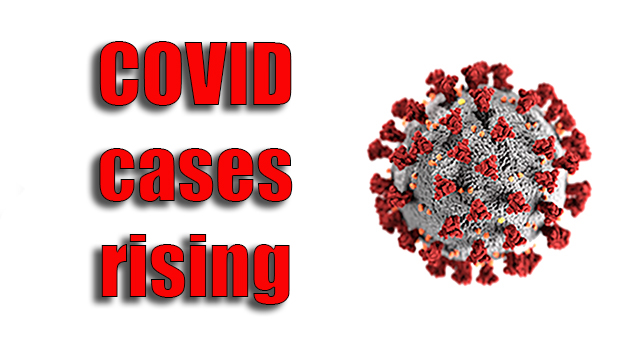 Boyle County has seen a recent uptick in the number of individuals testing positive for COVID-19.

Blevins said the health department is monitoring 20 active cases within Boyle County. Of those, 19 are recovering at home while one of the individuals has been hospitalized.

The new report now brings Boyle County’s total number of cases since the beginning of the pandemic to 68. Of those 68, 40 have recovered.

Blevins said the rising number of cases is somewhat expected, with increased testing being performed locally and so many people going back to work and businesses reopening.

Moving forward, Blevins said, people should expect a rise in cases, particularly as local schools and colleges prepare to resume classes next month.

“We just kind of need to expect more cases to be identified for a period of time because when you get that mass group of people together, and when you take into account four school systems and two colleges in town, in some shape or form they will be getting together, and I think the natural progression is that we will have more cases,” Blevins said.

Blevins said he has been working with local schools and colleges on preparing for the upcoming school year, and said school leaders are putting a lot of time and effort into making sure the schools are as safe as they can be.

“For all the school districts, and I’ve talked to them all over the last month, they’re all working hard to get protocols in place,” Blevins said. “I’m really proud of our community and our schools. They’re working really hard to make this work.”

Even with case numbers rising, Blevins said he doesn’t feel that Boyle County is in dangerous territory at the moment, although that could change quickly.

“The case progression just seems really normal to me,” Blevins said. “It is kind of expected. We’re back around each other more and people are out in society more. It doesn’t feel really odd to me at all. Anything could happen though.”

Of the cases Blevins and the health department have followed locally, he said the severity of the cases has varied.

“Roughly one-third of the cases have had no symptoms at all, one-third have had mild symptoms, and one third have not felt well,” Blevins said. It’s been a fortunate circumstance, he said, that the number of individuals who have been severely affected remains relatively low.

Along with the 68 positive cases, Blevins said that has resulted in more than 100 people being placed under a medical quarantine due to prolonged exposure with an infected individual. He defined that exposure as being within six feet of an infected person for 10 minutes or longer.

Many of the cases have also     come from individuals living within the same home as someone who tested positive, Blevins said. Another notable trend Blevins has found involves individuals gathering in a group where one person unknowingly has the virus and spreads it in that gathering where people aren’t observing social distancing or wearing masks.

He reiterated the importance of mask-wearing, especially in situations where social distancing isn’t possible.

“This helps us slow down the spread of the virus, protects the most vulnerable and helps our health care system keep up,” Blevins said.