KSP boss quizzed on handling of effigy incident at Capitol 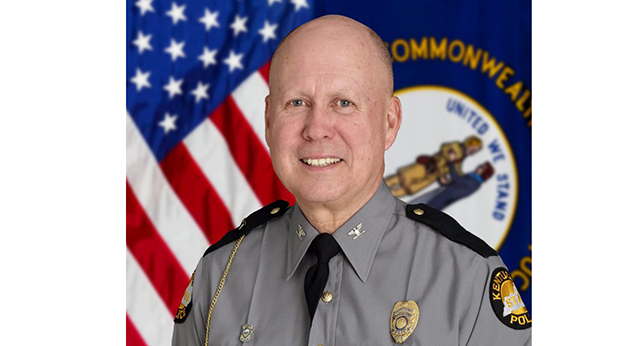 Kentucky State Police Commissioner Rodney Brewer admitted his agency dropped the ball when Gov. Andy Beshear was hung in effigy during a Second Amendment protest on the Capitol grounds over the Memorial Day weekend.

During a meeting Wednesday of the General Assembly’s Budget Review Subcommittee on General Government, Finance, Personnel and Public Retirement, Brewer was asked by Rep. Joe Graviss, D-Versailles, if he was satisfied by the KSP response when the incident took place.

“No, I wasn’t, and ultimately that falls on me,” Brewer said.  “The security detail that was there that day was sufficient in numbers to handle the crowd.  But when the crowd began to break up, a small portion of them went toward the Governor’s Mansion area and diverted our attention.”

At the same time, he testified, “Another smaller group in another section behind the Capitol near the Annex, performed their effigy ceremony.  It was taken down fairly quickly, although the participants were the ones filming that and later posted it.  It was not as quick as I would have liked.  We have learned from that and I don’t think that will happen again.”

Brewer said that unrelated to the hanging in effigy incident, the U.S. Secret Service is conducting a review of security at the Capitol campus, something that is done every few years, and will be making recommendations on possible changes.  While the KSP provides security to state office buildings, he said the ultimate decisions on security are up to the Finance and Administration Cabinet, which operates the buildings.

Rep. Jerry Miller, R-Louisville, asked Brewer about the status of the KSP investigation into the shooting of David McAtee by a Kentucky National Guardsman at 26th and Broadway on June 1.

“The findings should be concluded in the next couple of weeks,” Brewer said.  “I don’t know exactly what all those finding will be, although I know Secretary of the Cabinet J. Michael Brown has made some announcements periodically at the Governor’s press conferences, keeping folks informed on that.”

That incident occurred during the days of protests that followed the shooting of Breonna Taylor, an EMS employee who was gunned down by Louisville Metro Police officers, while they were executing a no-knock warrant at her home.

Brewer noted the KSP is not involved in the Taylor investigation, which is being conducted by the FBI and Kentucky Attorney General’s office, although they are also assisting in the probe of the McAtee shooting.