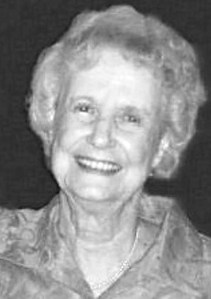 Her story began on May 22, 1923 in a log house on her grandparents’ farm in Marion County, KY. The daughter of a U.S. Navy veteran and a teacher, Martha later welcomed younger brother Hugh Barrett, Jr., and the two attended Penick Elementary and Lebanon High Schools.

Following a visit from a Centre College representative, she received an endowment from Perryville Methodist Church, which was provided by her great aunt – Dr. Margaret Harrison Polk – to be used for young women who needed assistance with college expenses.

While enrolled at Centre, Martha met and fell in love with Angereau McConnell, a local farmer and former UK engineering student. On her 21st birthday she graduated from Centre and became engaged, all in the same day; hers was the first class with female graduates. The two were married on June 2, 1945 at Centenary United Methodist Church (CUMC), with a reception following at Old Crow Inn, and a honeymoon to Cumberland Falls. They settled on the McConnell family farm, welcoming daughter Angela Polk in 1950 and Margaret Calvert in 1953.

In the summer of 1953, Martha became the president of the Boyle County Homemakers Organization. A few years later, she started working as a secretary at Kentucky School for the Deaf (KSD) and taking extension classes in deaf education, before working toward a Master’s degree in Speech and Hearing at the University of Kentucky.

Upon graduation, Martha was immediately elevated to a supervisory teaching position over the high school, physical education, and middle school. After six years she was asked to assume a newly created position as KSD’s public relations director and editor of the monthly magazine, The Kentucky Standard.

Martha retired from KSD in 1986 after 30 years, but six months later was called back to edit the magazine on a part-time basis, and after three years retired a second time to care for Angereau. Upon his death in 1990, she helped daughter Margaret operate the Agora Sports and Fitness Club until its sale in 1995.

Martha was active in the Methodist church for over 70 years, serving as historian at Centenary and later helping found Third Street Methodist Church. Twice she was president (and once vice president) of the United Methodist Women, and was proud to serve on and chair numerous committees throughout the years.

She served as president of the Boyle County Retired Teachers Association and a member of the board of the Boyle County Historical Society. Martha was also heavily involved with PEO Chapter I in Danville, serving twice as president and eventually receiving the honorable title of Golden Girl, for 50 years of membership. In 2014 she became the first and only hearing recipient of the KSD Alumni Association Award. Martha was also a member of the Daughters of the American Revolution.

She is survived by her daughters Angela (Howard) and Margaret (Kevin); grandsons David (Lauren) and Chris; granddaughters Morgan and Rori (David); great-grandsons Samuel and Maxwell; and nephews and niece Barry, Jeff, and Kathy (Perry). She is preceded in death by her husband Angereau; brother (Hugh) and sister-in-law (Ruth); sisters-in-law Jean Marie (Norman) and Sara Adeline; and great-grandson Zac.

A private graveside service will be held for family only. The online guestbook is available at www.stithcares.com.