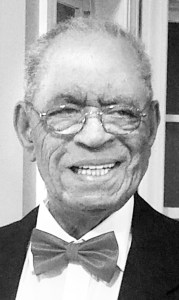 Matthew “Pete” McCowan, 89, passed away July 9, 2020. He was the son of the late Clarence and Ella Cowan, and lived most of his life in Danville, Kentucky.

He was a Korean Conflict veteran who fought for his country honorably and received a Purple Heart and a Bronze Star. He was a graduate of Kentucky State College (University) and enjoyed a career in Kentucky State Government.

Matthew was a Christian who faithfully served his church, the First Baptist Church, Danville, Kentucky, and was an avid tennis player until his health prevented him from doing so. He also was a member of the semi-professional baseball team, The Danville Yankees, in his younger years.

Loved by many, his memories will be cherished by his wife of 59 years, Ima Jean Tinsley McCowan, three daughters, Priscilla McCowan, Carla McCowan Alston, Mavis McCowan, a son-in-law Reginald Alston and two grandchildren, David and Daniel Alston. He was preceded in death by a daughter Meredith McCowan. Additionally, he leaves behind a host of relatives and friends.

The funeral service will be Friday, July 17, 2020 at noon at the Showroom, 205 Lebanon Road, Danville. Visitation,  10 a.m. until service on Friday. Burial will be at Camp Nelson National Cemetery. Smith-Jackson Funeral Home.