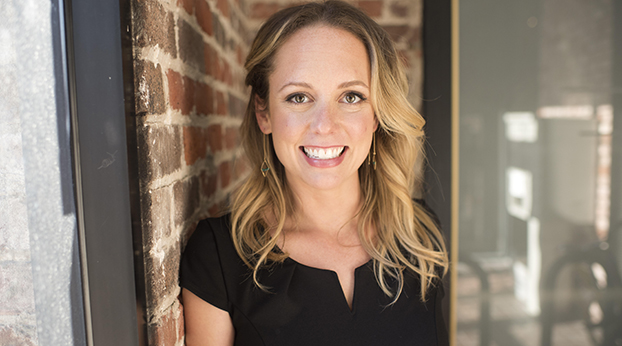 Being inducted into the Danville High School Athletics Hall of Fame is something that Molly Pittman admits is “priceless” to her and why she intends to make a rather lengthy trip home to Danville when the induction ceremony is held this year.

She is Danville’s all-time leading girls soccer score with 60 goals — she also had 18 assists — and also holds the single game record of five shots. Pittman was on regional championship teams in 2004 and 2007. Her scoring total would have been  higher but she missed her junior season in 2006 with an anterior cruciate ligament (ACL) injury. She was academic all-state in both soccer and cross country and was a second-team all-state cross country selection in 2004.

“I was supposed to be inducted last fall but I had a work trip to Australia planned, so it would be comical for that to happen again,” Pittman said.

She’s been living in the Netherlands for just over a year now and is the CEO of a digital marketing education company (www.smartmarketer.com). Since she loves to travel, it’s worked out well that the company is 100 percent remote. She went abroad for the first time with her grandmother, Gloria Pitman, as part of an education trip to Italy when she was at Bate Middle School.

“That trip awakened my travel bug and since then I’ve prioritized travel as much as possible. I graduated from Transy in 2012 and moved to Austin, Texas, that summer and started bartending. From there I started an internship at a digital marketing company and worked my way up to VP-Marketing,” Pitman said.

She was in Austin until 2017 before moving to Telluride, Col., for about two years after visiting 2006 Danville High School graduate Elena Levin there. Levin owns a restaurant — Ghost Town — that has been featured in major media outlets. She made the move to Amsterdam planning to stay only a few months to “enjoy” the northern European summer with comfortable temps 20 hours of sunlight a day.

“I was able to obtain a visa through the Dutch American Friendship Treaty for entrepreneurs. I’m not sure how long I will stay here, but I’m thinking it will be at least a few years. I still travel back to the States regularly for work and to  see friends and family,” Pittman said.

She says once the Hall of Fame induction date is set, it won’t be hard for her to get into the United States because she’s still a U.S. citizen.

“The issues that could arise would be around getting back into the Netherlands, so that’s the part I still need to work out,” she said. “Hopefully by this time, borders will be open and it won’t be a problem.”

But she doesn’t want to miss a second time to be honored because of what it means to her.

“This is one of the highest honors I could achieve … and that’s a reflection of what the Danville School system has meant to me, for so many reasons. To be honored by the community and school system that I admire is priceless. The most important aspect of this award has nothing to do with me, though. It’s that Lady Ads who walk through the doors of DHS everyday will now see themselves represented on that wall (with the Hall of Fame plaques). It’s also a testament  to all of the Lady Ad players and coaches from 2004-2008. This was the definition of a team effort. I love them all like family,” she said.

She felt her coach, Dr. Michael Lauer, understood the game on a “scientific” level better than most college coaches then.

“He was also very ‘zen’ and didn’t lead with fear at all. Kind of like (former NBA coach) Phil Jackson. He, Brian Gover, and Abigail Hardy were the best coaches we could’ve asked for. They were patient and really loved us,” Pittman said.

Since Smart Marketer is based out of New York, Pittman normally works U.S. hours — or about 4 p.m. to midnight local time for her. She conducts online training for students and others in U.S. time zones.

“My favorite part of daily life is getting to enjoy the day and not wake up and immediately rush into work like I’ve done most of my adult life. This means making time for workouts, taking my pup Larry to the park — he flew over here, too, — reading, meeting with friends, having quiet time to focus. Here in Amsterdam, most people don’t need to own a car because you can walk or bike to wherever you need. That is so refreshing to not have to deal with traffic and I’m finding it much healthier  for me, too,” Pittman said

“People aren’t in a rush here. They prioritize spending time at a cafe just watching the world go by. Sitting by the canal taking in the boats going by. Spending time with family. I’m not saying we don’t do these things in the U.S., but it is just much faster paced and so busy. I feel much more at peace and like myself here with the slower pace, especially because I tend to be high strung.”

Before COVID-19, Pittman spent 100 or more days traveling around the world for work each year. That keeps her from participating in any organized sports but she runs and rides her bike daily for about 6 miles or more.

“Add on the walking and online pilates and this sums up my exercise  at almost 30,” Pittman said. “I very much miss being a part of team sports. I’m able to channel a lot of that energy into our business, as we function as a team and it’s very similar, but there’s nothing like being out there on the field with my teammates.”

She does continue to follow sports here through family and social media even though it is harder to find ways to watch games on TV. Her cousin, Zach Dampier, played football for Danville until 2017 and she came home to see more games when he was playing.

“I’m hoping to be able to make it back even more. Nothing like Kentucky sports,” she said.

Pittman is also an author and has written a book, “Click Happy,” that details how digital marketing is changing our world as individuals and professionals. The book looks at the digital-first direction of the world and shows how others can carve out happiness like Pittman. It’s a fun, easy read and certainly one that might change how you look at your future based on what Pittman did and lessons she’s learned.

It’s not all about our comfort Get a COVID…