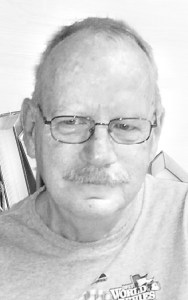 Born February 4, 1953 in Danville, he was a graduate of Danville High School and received a double master’s degree in Law Enforcement at Eastern Kentucky University in Richmond. He served in the United States Army in South Korea where he received the National Defense Service Medal, a Sharpshooter and Good Conduct Awards. Following his service in the military he became a director of an alternative home in Massachusetts.

He was an avid reader, liked to fish and watch sporting events. Russell was a member of the Baptist Faith.

Survivors include: two sisters Anna Faye (Frank) Tanner of Knoxville, TN, and Mary Catherine (Barry) Brumfield of Harrodsburg; one brother Fred (Beverly) Durham of Danville plus a number of nieces and nephews. Russell was preceded in death by a brother Russell Eugene Durham.

Expressions of sympathy may be sent to the family at www.simsfuneralservices.com