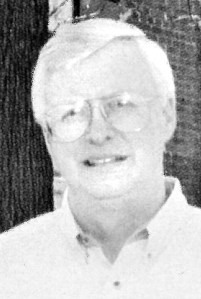 Van Cook, 74, died Friday, July 17, 2020 in Danville, Kentucky. Born March 14, 1946 to the late Merle Trimble and Juanita Kidd Cook, he was a graduate of Danville High School and University of Kentucky.

After college, he moved to Florida where he worked for NASA as a design engineer during the height of space programs. In 1975, he returned to Danville to start his own business in development and construction.

He also worked on many projects around the Danville area, including the development of Bluegrass Estates. Van served twenty years on the Selective Service Board, and Chairman and Vice President of Boyle County Fireboard for fourteen years. He was a licensed Pilot and loved airplanes and flying. Van also had a lot of animals and could be seen driving around town with his beloved dogs.

He is predeceased by his parents, and sister, Valinda Cook Williams.

Visitation will be held 5pm to 8 pm, Thursday, July 23, 2020, at Stith Funeral Home in Danville. A burial will be private. In lieu of flowers, donations are suggested to the Danville-Boyle Co. Humane Society. The online guestbook and Hugs From Home can be found at www.stithcares.com.