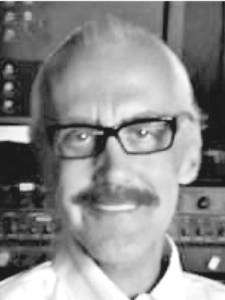 John graduated from the Chattauqua High School in Ohio and earned an Engineering Degree at Miami University of Ohio. John loved studying the history of radio including call letters history, frequencies of stations and everything about the industry. He was a broadcaster and DJ for WAKY radio beginning in the early 60s and became so well-known across the state that he was recognized by strangers as soon as they heard his voice.

On April 1, 1967, John joined WAKY as a jock and Assistant Program Director, until 1977. During his years at WAKY, he became a huge fan of Charlie Rich. Charlie’s record “Behind Closed Doors”, was played on air for the first time by John. The song later appeared on WAKY’s top 30 charts. The song’s popularity spread from Louisville, selling more than a million copies and turning Charlie Rich into a superstar.

He then later co-owned a station in Danville with WKLO call letters. From February 2005 to February 2007 John worked as Director of Programming for Walter May’s East Kentucky Broadcasting Group in Pikeville. Later that year John joined WAKY-FM in Elizabethtown to do the PM Drive, a position that he held until 2020.

He had a fantastic sense of humor and was a good-humored prankster. When his sister was listening to her favorite songs on her radio in her room as a teenager, he would set his radio to a similar station to interfere with her reception.

He loved musicals, dancing and traveling around the world. John was a student of anything and everything and he had a long-time fond love of old diesel Mercedes. He was a member of Southland Christian Church and a volunteer for Heritage Hospice.

The funeral service will be held, 1:00 p.m., Thursday, July 30, 2020 at the Showroom in Danville. Hershel McKinley and Charlie Perry will officiate. Visitation will be after 4 p.m., Wednesday, July 29, 2020 at the Showroom in Danville. Masks and social distancing will be required at The Showroom. Memorial donations are suggested to Heritage Hospice. Our Hugs from Home program and the online guestbook are available at www.stithcares.com