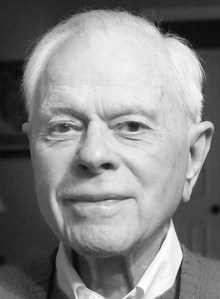 Proofread all laws passed by the Tennessee State Legislature for 40 years, along with his wife Shelley. Member of Trinity Episcopal Church, Danville, KY. He is survived by his son, Thomas Irvin Holman, III, of Montgomery Village, MD; his daughters Mary Jean Holman, of Orlando, FL, and Shelley Holman Bigelow, of Danville, KY., five grandchildren, and one great-grandchild. His beloved wife of 46 years, Shelley Rodes Holman, died in 2014.

Everyone who knew Tom Holman knew that his motto was “Be Determined.” Being determined enabled him to survive the Great Depression, World War II, several bouts with cancer, and other challenges. Being determined had also enabled him to be prosperous and successful in the military, the legal profession, and the Savings and Loan industry. He had an invaluable perspective, having lived during the administrations of 17 U.S. presidents. His intelligence and curiosity were notable throughout his life, and he never stopped learning, including tackling the iPad at age 98. A private family service will be held at a later date. www.preston-pruitt.com