All Kentuckians can vote by mail for Nov. 3 election 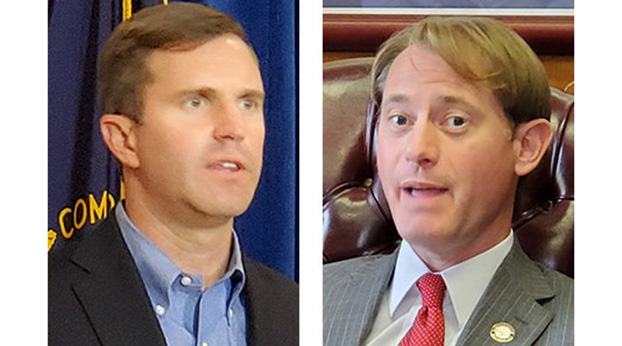 Gov. Andy Beshear and Secretary of State Michael Adams worked together on the plan for the General Election.

Democratic Gov. Andy Beshear and Republican Secretary of State Michael Adams announced Friday that they had reached agreement on how to conduct the November General Election.

–Kentuckians concerned with contracting or spreading COVID-19 can request a ballot by mail.

–An online portal will launch by Friday, August 21, to allow Kentuckians to request a ballot by mail. Ballots can be requested through the portal through Oct. 9, and through traditional means after.

–Mail ballots must be postmarked by Election Day, Nov. 3, and received by Nov. 6.

–Drop boxes will be available for Kentuckians to return their mail ballots if they are concerned about postal delays. County clerks will determine these locations.

–Beginning Oct. 13, three weeks before the election, every workday between Oct. 13 and Election Day, and every Saturday for at least four hours, every county clerk will provide a location for safe in-person voting.

–Early voting is not absentee voting – anyone can vote early for any reason.

–County election officials will decide election sites on Election Day. The State Board of Elections, Secretary of State and Governor will approve each plan.

–Every county will have at least one voting super-center, where everyone from the county can go to vote, regardless of his or her precinct.

–Kentuckians who were unable to get a driver’s licenses or photo ID due to the pandemic because their clerk’s office was closed, or because they were afraid of exposing themselves to COVID-19, can sign a document explaining this concern and cast their ballot.

The two men had been meeting for a month to hammer out differences, which both say proved not to be insurmountable.

“Our secretary of state came with a very good starting plan,” Beshear said.  “We were negotiating only some of the finer points, and I want to commend him for putting ideology on the shelf to make sure that we have an election that both stresses health and enfranchisement.”

Adams agreed, saying that was how they put the primary election plan together, as well as for November.

“We kept the best of what worked in the June primary, Adams stated, “especially giving voters options to safely cast their votes, and we built on that record with improvements, more in-person voting locations, and faster election results.”

Although absentee ballots postmarked by Election Day, Nov. 3, will continue to be accepted by mail through November 6, all counties will count and report all votes received, including absentee votes, on election night.  That is a change from the June primary, when the results were announced 10 days later.