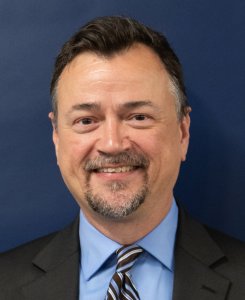 Gary Houchens, is a former teacher, principal, and school district administrator now serving as Professor of Educational Administration in the School of Leadership and Professional Studies at Western Kentucky University.

Kentucky Governor Andy Beshear announced on Monday that, because of lingering concerns about the COVID-19 pandemic, he was “recommending” all schools remain closed to in-person learning until September 28. According to former Kentucky School Boards Association spokesperson and education media watcher Brad Hughes, as of 10 p.m. Tuesday night, 48 of Kentucky’s school districts had already announced they would comply with the Governor’s “request.”

Many parents, educators, and others have been shocked by this latest news given the massive efforts undertaken by districts to accommodate families who wanted in-person learning (with extremely complicated COVID precautions) and others who wanted a virtual option. They were also dismayed by the speed at which districts quickly agreed to the Governor’s recommendation.

But in truth Governor Beshear was not making a recommendation at all. Superintendents had received the clear message from the Kentucky Department of Education that they better do as the Governor says – or else. In public webcast calls with Interim Commissioner Kevin Brown on Tuesday, August 4 and again on Tuesday, August 11 (watch starting around 15;20 for the next 8 minutes), Brown said that he and the Governor prided themselves on the fact that every single school district had bowed to previous requests to close to in person instruction.

If any district “chose” to open this time, they could expect a call from Commissioner Brown, the Kentucky Board of Education chair, the Governor, and state health officials who would try to change their minds – and perhaps the districts should have their attorneys there too. “My goal would be to have a different outcome at the end of the conversation and that would be a goal that would be achieveable,” Brown said.

If districts continue to resist the recommendations, Brown said the Governor could issue executive orders to force their compliance, or public health officials could shut down their buildings or the KBE could issue an emergency regulation forcing them to do so. But it’s all going to start with “a very intimate discussion if your district is one that decides to defy the recommendation.”

Kentucky educators decried former Governor Matt Bevin’s “bullying” when he said mean things about their resistance to his ideas for pension reform. Where is the outcry when the Beshear administration tries to coerce districts into closing statewide, especially when many rural districts have had extremely few cases, and when data suggests (especially young) children are at low risk for getting or transmitting the virus?

Why is Commissioner Brown doing this at the behest of Beshear? Why has no member of the Kentucky Board of Education challenged these heavy-handed tactics on the part of the Commissioner? Is it because Governor Beshear fired board members the last time they took positions at odds with him and had new members fire the previous Commissioner, effectively destroying the independence of KBE, an illegal power grab that the state legislature refused to stop or repudiate?

So what is different? Is it because educators used their considerable political influence to get Beshar elected? Is it because the Kentucky Education Association, which last week demanded a statewide closure of schools if test rates stay above 5 percent, donated over a million dollars to Beshear’s election campaign?

Andy Beshear is the governor the education establishment wanted. And now he’s proving himself even more of a “bully” than his predecessor when it comes to forcing his views on our schools and districts.

But it’s not too late for educators to stand up for the students they serve. As of today over 120 school districts are still waiting to decide how to respond to Beshear’s “recommendation.” Will any of them have the courage to tell him no and fight for their local communities and local autonomy?

Gary Houchens, is a former teacher, principal, and school district administrator now serving as Professor of Educational Administration in the School of Leadership and Professional Studies at Western Kentucky University.

Living – It’s worth the risk